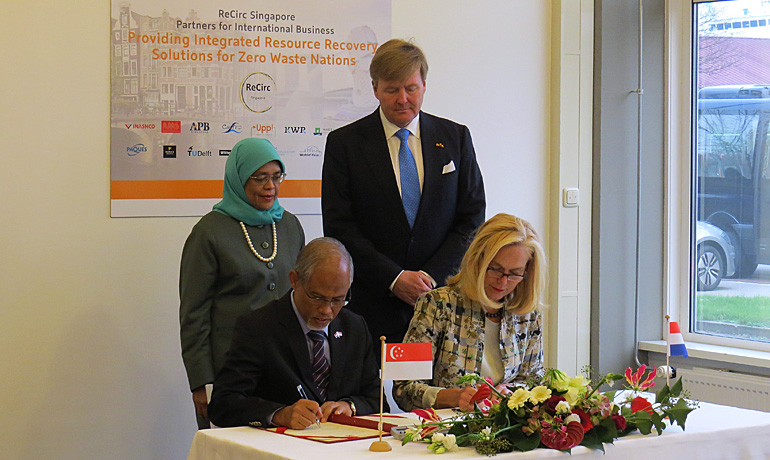 Singapore’s Environment and Water Resources Minister Masagos Zulkifli and the Netherlands’ Foreign Trade and Development Cooperation Minister Sigrid Kaag signed an agreement to enhance cooperation on environmental and water management. Both countries want to stimulate new technologies that contribute to a fully circular economy without waste.

The signing ceremony took place at innovation hub Prodock of the Port of Amsterdam on 21 November. It was witnessed by Dutch King Willem-Alexander and Singapore president Halimah Yacob, who is in The Netherlands for a two-day state visit. 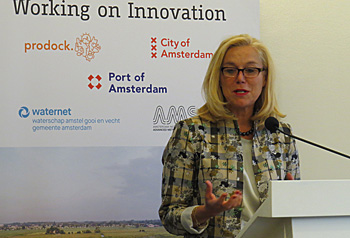 
On the occasion of the signing Dutch minister Kaag memorised the shared values and shared interests of both countries, especially mentioning the area of water, entrepreneurship and innovation.

According to Kaag both countries are regional gateways. "That has generated prosperity and knowledge. It helps us now to co-create solutions to the challenges of the 21st century".

Kaag praised the achievement by Singapore to meet its water needs independently, and the development of plans on urban agriculture and circular economy. "The Netherlands wants to share by combining the best brains and letting start-ups and scale-ups work together towards a circular economy."

"Let us make waste a thing of the past and let a house have carbon-neutral heating",  she said. 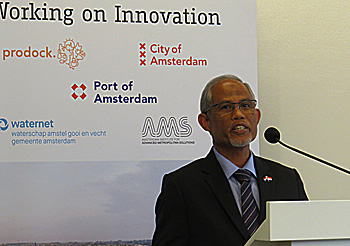 Enormous potential to share practises
Singapore’s minister Masagos Zulkifli on his turn confirmed the mutual challenges for both countries and the need for transitions in the field of waste and energy to make cities sustainable in the long term. Zulkifli explained that Singapore has closed its water cycle, reusing waste water.

‘We are now changing our attention to the waste loop’, he said, mentioning the Tuas nexus treatment plant that will be based on an integrated process to treat waste water and to convert the sludge into energy.

‘We are keen to partner with international businesses to share solutions and technologies in Singapore’s transition towards a circular economy’ Zulkifli said.

‘There is immense untapped potential in the sharing of best practices, and cross-border transfer of knowledge and technologies.’ 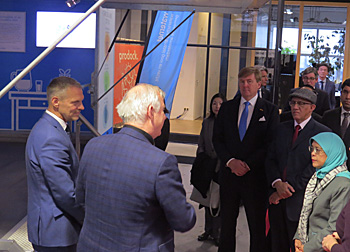 President Yacob and King Willem-Alexander at the mobile van of Waternet to demonstrate the concept of a decentralised water system to citizens.

Decentralized water system
At the innovation hub Prodock both Singapore President Yacob and Dutch King Willem-Alexander were shown some examples of smart solutions under development at the hub.

Amsterdam water utility Waternet showed its decentralised water system to be installed in 8,000 homes in a new built city district on a reclaimed land. The houses will have two separated water systems: the grey water from the shower and washing machines of which the heat will be recovered; and the black water from vacuum toilets that will be collected locally for digestion into biogas.

Another development shown by Amsterdam Institute for Advanced Metropolitan Solutions (AMS) at Prodock, was the Roboat, an autonomous vessels for the Amsterdam inner city canals.

Both president and king could see the first scaled prototypes that are already operational in the canals to gain experienced with the autonomous collection household waste transport of people, distribution of food/goods, self-assembly of water-infrastructures (such as temporary bridges) and monitoring of water quality.

Video by MIT Senseable City Lab showing special digitalised images of a trip through Amsterdam’s canals. The images are part of the Roboat project that develops fully automated vessels to navigation through the inner city’s waterways transporting people or collecting solid waste.