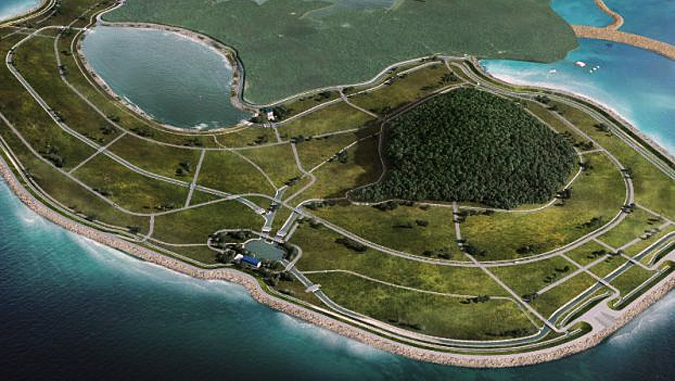 Singapore will reclaim land through the development of a polder at the north-western tip of Pulau Tekong, an island north-east of mainland Singapore. This was announced by Singapore’s Minister Lawrence Wong for National Development and Second Minister for Finance, during a recent visit to Pulau Tekong.

The new polder concept is a first-of-its kind in Singapore and breaks with the traditional land reclamation method of infilling with sand. When the polder is completed around 2022, it will add an additional 810 hectares of new land to Singapore. 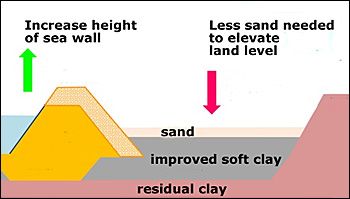 Land reclamation by creating a polder saves on sand, but needs a higher levee.

Less sand
Unlike the traditional method of infilling with sand, this ‘empoldering’ method involves creating a tract of reclaimed land from the sea or a surrounding water body, by constructing a dike and a network of drains, water pumping systems and canals.

It will substantially reduce the amount of sand needed for land reclamation, and reap savings on upfront construction costs.

The polder will be protected from the sea by a dike measuring 10 kilometres long, up to 15 metres wide at its crest, and will stand at about 6 metres above sea level. 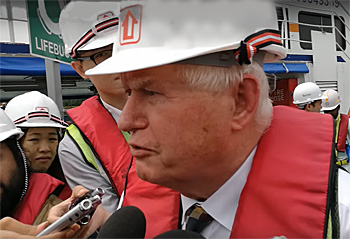 Detailed studies
The concept will be adopted by the Housing & Development Board (HDB) for the upcoming land reclamation project.

Since 2008, HDB has worked with the Netherlands Research Institute Deltares on the feasibility of the polder concept for Pulau Tekong.

The project has drawn on the vast experience of the Netherlands. Research institute Deltares, with expert advisor professor Kees d’Angremond, supported HDB throughout the project as specialist consultant.

Deltares experts in The Netherlands and in Singapore did an environmental study and an extensive review of the detailed design and contract documents.

The study found that the environmental impact on the surrounding marine receptors would be minimal.