The European research project Smartwater4Europe on intelligent drinking water supply for the future, has been awarded a distinction in the category ‘Water performance initiative of the year’ of the 2014 Global Water Awards.

Smartwater4Europe is a project executed by a consortium made up of four smart grid demo sites and 21 organisations. The consortium is led by Dutch water supply company Vitens.

The winner of the category was the Indian water company of Dehli, Delhi Jal Board’s, that implemented a massive programme to extend metering penetration and replace defective units.

The award ceremony took place during the Global Water Summit in Paris on 7 April .

Improvement of long-term performance
The Global Water Awards have 10 different categories. The award and distinction of the Water performance initiative of the year is handed out to the initiative which represents the most significant commitment to improving the long-term performance of water services to the public. The SmartWater4Europe project was distincted for bringing together the brightest minds and the most impressive technologies with the experience and presence of major utilities, the group can take a uniquely holistic view of the benefits of smart water management. 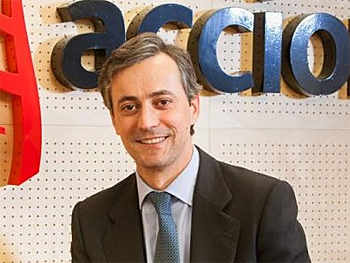 Huge impact from smart water supply
Jose Diaz-Caneja, general manager of the Spanish company Acciona Agua accepted the award on behalf of Smartwater4Europe: "I am grateful and happy that our project is recognized for its innovative character. I am convinced that our efforts and insights will make a huge impact on drinking supply systems all around the world." 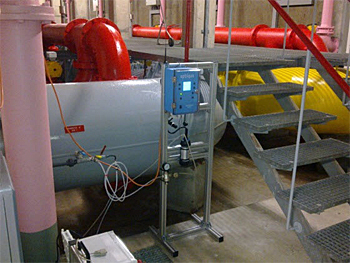 One of the four Smartwater4Europe demo sites is in Leeuwarden, the Netherlands. Here at the Vitens Innovation Playground the Lab-on-Chip sensor technology EventLab is used for the real time monitoring of the water quality.

About Smartwater4Europe
The key participants in the consortium alongside project manager Vitens and Acciona Agua are London water company Thames Water and the French University of Lille. By working together in the Smartwater4Europe consortium, the organisations perform tests and demonstrations using sensors and software in a joint mains network comprising no less than 35,000 kilometres, divided among four smart grid demo site areas. The entire European drinking water mains network is approximately 3.5 million kilometres.

The research will take about 4 years and involves 12 million euros in total.

The project has been awarded a European grant in the sum of 6 million euros as part of the FP7 Water Inno Demo Call.

The awards are handed during the annual Global Water Summit. This year the awards were presented by President Ellen Johnson Sirleaf of Liberia and Africa's Goodwill Ambassador for Water Sanitation and Hygiene (WASH).