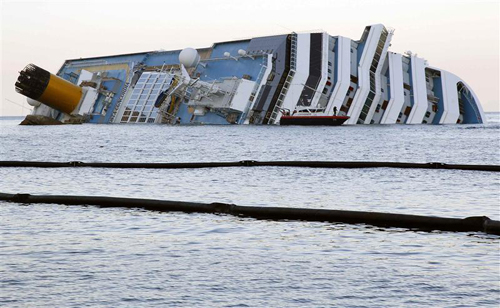 A team of 35 employees of Smite Salvage, a company of Boskalis, is standby on the isle of Giglio for the removal of 2,400 tons fuel from the half-submerged cruise ship Costa Concordia. Before the operation can start the Italian authorities demanded additional measures. The most important is the stabilization of the ship.

Second oil boom and oil removal vessel
Other measures demanded, included a full bathometry survey to provide further insight into the seabed below the ship and the rock formations against which the ship is resting. Additionally Smit placed a second containment boom around the ship and put an emergency response oil removal vessel on site.

Green light expected any moment
Once the Italian authorities give the green light, Smit expects it will take two to four weeks to remove the fuel, depending on the weather. It will be the first step towards hauling the luxury liner away for a complete overhaul or cutting it up for scrap. 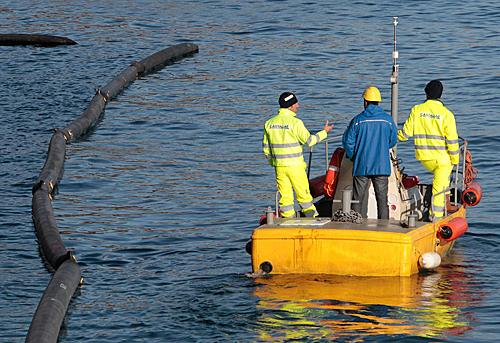 Upon becoming aware of the evacuation of the vessel, Smit approached the owners and underwriters of the Costa Concordia. In the days following the accident, a contract was awarded by the owners to Smit and local partners Tito Neri for the removal of the bunker oil and pollution control.

This news release was originally published on the website of Smit.