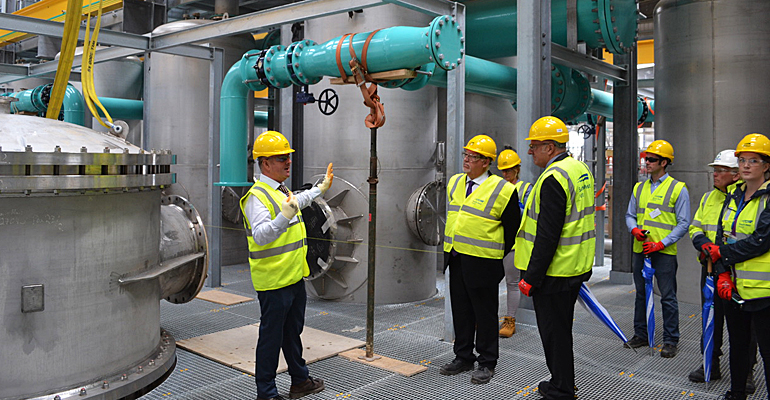 The construction works for the new 60 million UK pound state-of-the-art water treatment works for Plymouth and the surrounding area are in full swing and on programme to be fully operational in October 2018.

A significant proportion of the plant and equipment has already been installed in the main building, so South West Water presented its flagship project during a trade media event on 31 August. 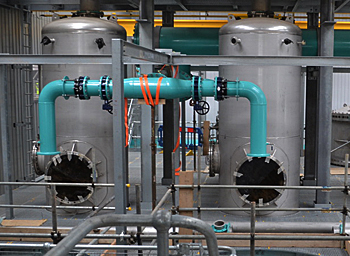 The SIX® suspended ion exchange area is 75 percent complete and the CeraMac installation is expected to be completed by October 2017.

It is the first time that this combined technology will be used in the UK.

High-quality drinking water
Mayflower WTW will replace the outdated treatment works at Crownhill in Plymouth, which was built in the 1950s and is reaching the end of its useful life.

The new WTW will meet the needs of Plymouth’s growing population providing a secure and high-quality drinking water supply for the wider Plymouth area for generations to come. 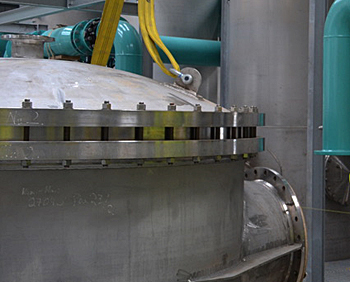 The typical bolted pressure vessel that contains the ceramic membranes.

Second in the world
The project is being delivered by South West Water’s H5O Delivery Alliance, which consists of Arcadis, Pell Frischmann, Balfour Beatty, Interserve and PWNT.

The Six/CeraMac installation at Mayflower will be the world’s second. The first one was commissioned in 2014 at the Dutch water water works of Andijk.

A third Six/CeraMac installation is under construction in Singapore.

This news item was originally published on the website of South West Water.