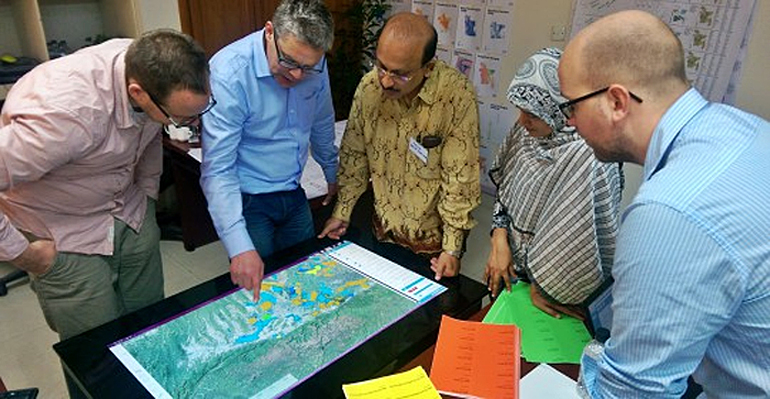 At two workshops in the Bangladesh region of Barind, over 100 stakeholders discussed the falling groundwater levels and robust solutions, included growing crops that require less water, capturing rainwater during wet periods, replacing groundwater, restoring the link between the polders and the river system, and improvements in the maintenance of the polder and drainage channels.

The workshops in Barind are part of a delta atelier organised by the Bangladesh-Dutch consortium BanDuDeltAS as part of the implementation of the 2100 Delta plan for Bangladesh.

A series of ten ateliers are organised at river hot spots throughout Bangladesh. Perperations for these tour started in March at the BanDuDeltAS office in Dhaka using a touch table (see top photo). 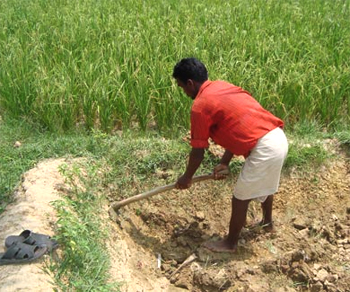 Typical dry area
The Barind region is in the north-west of Bangladesh and the water problems are associated primarily with dryness and falling groundwater levels, sedimentation and drainage.

These water issues are typical of the dry areas of the country. So the solutions identified for the Barind region can also be rolled out in the National Strategy for Drought and Freshwater Availability in the 2100 Delta Plan for Bangladesh.

The Delta Plan will be a flexible approach that will allow Bangladesh to manage the impact of climate change in the years to come.

The atelier in Barind followed on from a previous atelier in the Haor region in the north-east of the country, where flash floods are a major factor, and an atelier in Dhaka focusing on urban water issues.

Increasing demand for rice
The catchments of the Karatoya, Mahananda and Atrai rivers, which are arms of the Ganges and Brahmaputra, are located in Barind. Rice-growing is the main activity in the high-
lying areas and the flood plains of these rivers. During the monsoon, the water supplies in the river are adequate for the rice farmers.

As a result of the increasing demand for rice, and the use of modern groundwater technologies (deep wells for irrigation), the groundwater reserves are being depleted and drinking water supplies are under pressure.

The problems in the lower-lying areas are different. The creation of polders, limitations on fish migration, the dewatering of wetlands and problems with maintenance mean that sedimentation is an increasingly pressing problem, resulting in difficulties with drainage and the degradation of natural values and fishing. 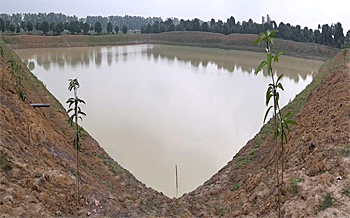 Robust solutions include the catchment of rainwater in special constructed bassins.

Robust solutions identified
Together with the team of BanDuDeltAS, the local population discussed the problems and robust solutions for the area in detail.

In addition to the interactive meetings, the atelier also included site visits so that the participants could improve their understanding of the problems and possible solutions.

Furthermore, representatives of local government authorities, the Rajshahi University, NGOs, villagers and farmers were interviewed. The results were presented and the delta workshops were rounded off in Rangpur.

This news item was originally published on the website of Deltares and BanDuDeltAS .