Stockholm water week: Keep in touch with the Dutch, team up with Delta lliance 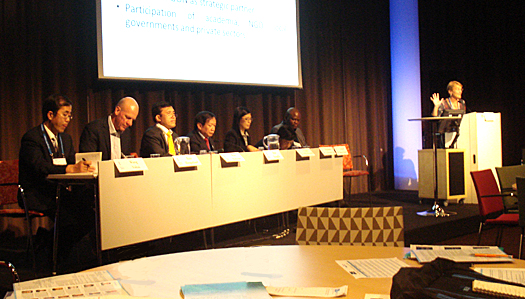 “Delta Alliance is not into politics but we can give politicians insights in the effects of for instance a newly planned upstream hydropower plant on the downstream delta”, said director Kees Slingerland of the Dutch network organization for delta regions. Together with the Global Water Partnership his organization held a session at the Stockholm Water week on the challenges of delta regions.

Delta Alliance is a Dutch-based international knowledge network on river delta’s, exchanging experiences on best practices improving the resilience of the world’s delta’s. The organization is now active in 10 delta’s.

International agreements on water use
The session in Stockholm attracted representatives from many different delta’s. Most of them told to be engaged in drawing up some sort of master plan for the whole area.

There was a great interest in transboundary issues as it seems hard for downstream river authorities to make agreements with upstream neighboring countries about river basin management. Slingerland invited the representatives to join the network and exchange their experiences. 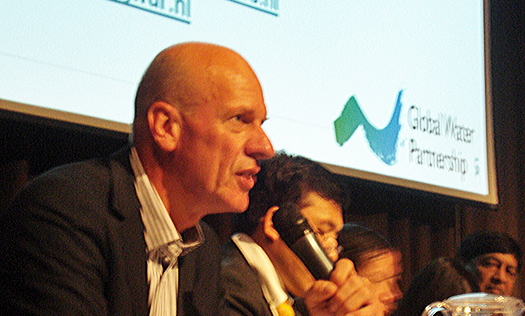 A master plan is important for the involved authorities as it provokes the development of a joint vision on spatial planning. “This is important for investors”, said Slingerland. “Once a big project has started, it is hard to change when negative effects emerge. Therefore it is important to talk to the investors in an early stage when it is still easy to change in plans”.

Coal transport on Zambezi river
Slingerland gave the example of a railroad that is now being constructed in Mozambique for the future transport of coal from the new coal mines to the coastal harbours. “Originally this transport had been planned by shipping along the Zambezi river. This would have had an enormous impact on the river. Due to the early negotiations with the mining companies the plan could be altered before the actual investments were made.” 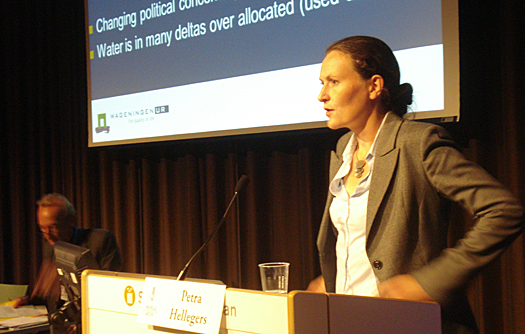 Petra Hellegers of Wageningen University pointed out in her presentation that it will always be difficult to come to transboundary agreements as in many delta’s the water is overlocated. “It is a power game. There is no legal framework for negotiations on transboundary rivers.” She had one advice: “Do not start negotiations before it is known how much water can be shared.”

Short term decisions, long term vision
Director Ania Grobicki of the GWP stipulated the importance of multi-stakeholder linkage in the complex and quickly changing situations in densely populated and low lying river delta’s. “It is important to take short term decisions to cope with today’s problems but at the same time there has to be a long term vision. This will lead to sound policies around resilient communities”, Grobicki told her audience. She advocated to start pilots in some river delta’s on investment planning.

Time to act
According to senior water resources specialist Xiaokai Li of the World Bank there are enough Li said. He mentioned the example of the of the Yellow river delta where the unique wild life is now returning as the water is back all year. “The Chinese authorities negotiated water allocation with up stream users. The users are now sticking to their water rights, leaving more water for the downstream river.”