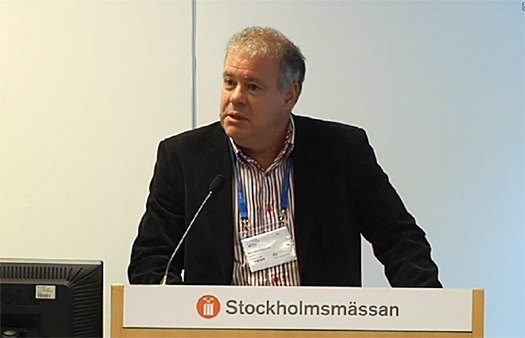 “Indian farmers fancy smart phones with a nice satellite display of their fields”, assured Wim Bastiaanssen of the Dutch firm eLeaf during the Stockholm water week. His company now provides some 4000 farmer world wide with weekly messages advising them when to fertilize and when to irrigate. eLeaf uses information from 10 satellites and with special developed pixel technology it can produce a field specific image of how the crop is growing.

More crop per drop
The slogan of Bastiaanssen is more crop per drop by ICT. “If more farmers turn to satellite farming, it will lower the subscription fee”, he said at a seminar on emerging business models for farmers to scale up their production using water more efficiently.

Smart pixel technology
The scale up of the global food production is a central theme at this year’s Stockholm water week. The world has to feed 2 billion extra people in the future. Fresh water resources are declining due to urbanization and pollution. So in the future more corp has to be produced with less water. 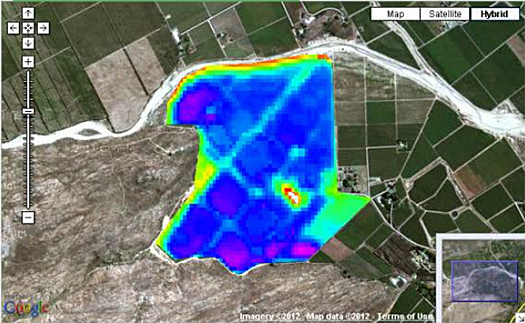 New technologies like satellite images can help farmers to increase their production. “With the current state of technology we are able to inform farmers world wide every day by smart phone and internet on a piece of land as big as 20 by 20 meters”, claimed Bastiaanssen.

Green water credits
Another new business model was presented by Godert van Lynden of the ISRIC – World Soil Information of the Wageningen University. Van Lynden talked about green water credits. Measures taken up stream are partly paid for by benefiting users down stream. 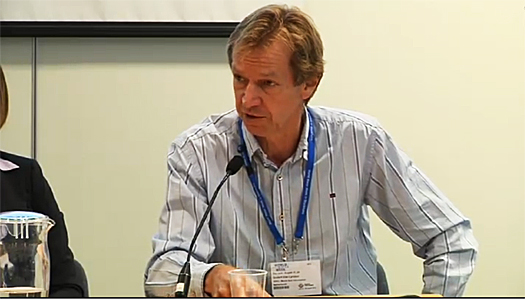 Van Lynden: “We developed a business model for soil and water management and conducted studies in many different river basins. We learned that farmers are aware that if they take measures to infiltrate rain water it reduced the run off and stops the erosion. In many cases they lack the money to do so.”

Upstream meassures, downstream benefits
“The idea behind our green water credits is that downstream water users will benefit from the measures taken up stream”, explains Van Lynden. “What is needed is a revolving fund. If the money saved by the downstream users partly goes to such a fund, it can finance the farmers upstream to take the measures.” 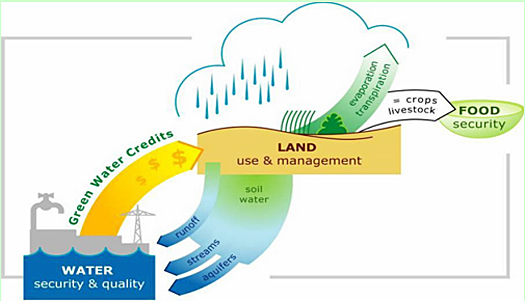 Many years for cost saving effects to emerge
According to Van Lynden especially energy companies with hydropower and drinking water suppliers can benefit. Scenario studies in various river basins showed that investments in a regional programme and fund for providing loans can be earned back in a few years. “The difficulty is to bridge the first five years after the measures have been taken and downstream the cost saving effects have not yet emerged.” The business model has only been studied so far, but Van Lynden expects implementation projects will start soon in Kenya and China.

Greening an entire basin
That a regional river basin oriented programme can give spectacular results was proven by Kifle Woldearegay Woldemariam of the Mekele University in Ethiopia. He talked about a project in the Tigray river basin. With 80 different rain water harvesting technologies some 80% of the highly degraded soil in the basin was covered. Now the basin is green again and even in the dry season the land can be irrigated and downstream there is water in the river.

The session ‘Investment options at scale, new directions in water and food’ has been recorded and can seen on two videos on the webcast page (Tuesday) of the website of the Stockholm Water Week.