Unesco-IHE researchers have been involved in various research projects about drip irrigation. At the World Water Week, to be held in Stockholm from 31 August to 5 September 2014, they will present their findings.

Drip irrigation is widely promoted as an innovative technology to address current water, food, poverty, and environmental challenges. It is spreading among agro-entrepreneurs and smallholders in many countries, but it is not a miracle solution to water scarcity, food insecurity, and poverty. 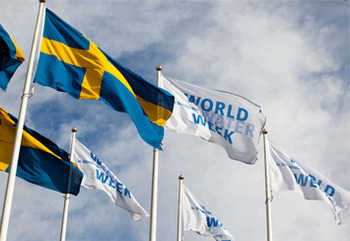 According to professor Margreet Zwarteveen at UNESCO-IHE a wakeup call is needed when discussing the success of low-cost drip kits.

Zwarteveen will be one of the panelists at the seminar 'Putting Drip Irrigation in Perspective: Reality Check on the Promises of a Technology' on Thursday 4 September.

Lack of interest by farmers
"In Sub-Sahara Africa, enthusiasm for drip kits mainly comes from manufacturers, funders and development organizations", writes Zwarteveen in a recent article on the Unseco-IHE website. "Apparently, kits feed into a wide-spread desire in the development aid community for believing in the existence of neat and small-scale technical solutions to structural problems of poverty and resource depletion." 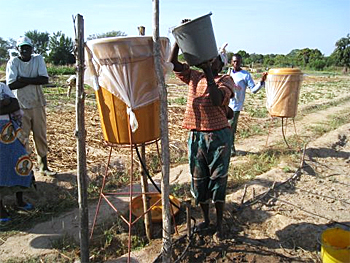 Zwarteveen continues: "The idea that a simple and cheap technical device can help Africa's farmers become profit-making entrepreneurs is indeed appealing and therefore effective for fund-raising purposes. Yet, unless farmers themselves actively engage with new technological solutions there is little hope that these will have a longer-lasting impact."

The seminar is one of the 100 events during the Stockholm Water Week and is co-organised by Institut de Recherche pour le Developpement and Wageningen University.