Stockholm Water Week: Yes, access to clean drinking water for all, but how? 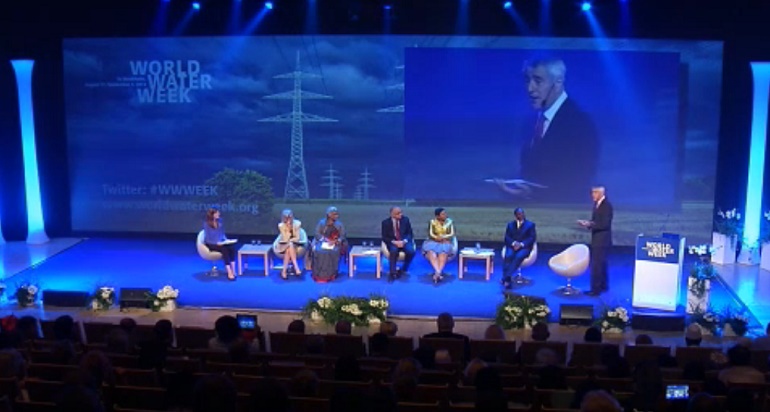 “Everybody has a plan, until he is punched in the face”. Environmental engineering professor John Briscoe of Harvard university quoted American boxer Mike Tyson in his laureate lecture during the opening plenary of Stockholm Water Week 2014 on 1 September.

Briscoe is the winner of this year’s Stockholm Water Prize. With his quote he touched upon the ‘enormous issue’ ahead to supply clean drinking water and improved sanitation to all people in the world. the new post-2015 goal that is now being discussed within the United Nations.

“It is not only an issue of the poor world”, Briscoe told his audience, ”but for the rich world as well. They will continuously have to struggle for budgets", said professor Briscoe.

He warned for setbacks and reminded the gobal water community gathered in Stockholm, of the Great Mississippi Flood of 1927. “God gave the Mississippi river commission a hard punch in the face. But they did not make new plans but thought of a way to respond. They came up with the idea to give more room to the river, creating more resiliency to extreme events.” 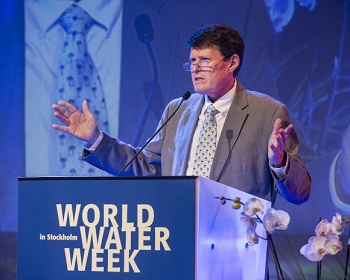 Huge task ahead
In July the UN open working group on sustainable development agreed on a provisional set of 19 new goals to become effective after 2015. Two of the goals are: access for all to water and to energy.

Although the UN has not yet officially adopted the goals yet, the first day of the Stockholm Water Week showed that the global water community is already thinking about the huge task ahead.

Briscoe urged not to make new plans but go ahead and learn from mistakes. “Solutions that work in one part of the world, may not do so in other parts. Solutions are local and provisional. What worked well in the past, may not do so in the future. It is a constant challenge of response.”

He also pointed at the new economies. “China and Brasil are building, where the North only lectures. Growth offers big chances.”

Enough water for energy and food
Central theme of this year’s Stockholm Water Week is water and energy. One of the issues debated is hydropower in relation to water management. But also water use for agriculture is on the agenda.

As Junaid Ahmad of the World Bank Group phrased it: “We have not yet achieved full access to drinking water yet, but here we are already talking about enough water for the future energy and food demand.”

This week many Dutch experts will participate in the 100 seminars, workshops and panel debates that will take place during the Stockholm Water Week. 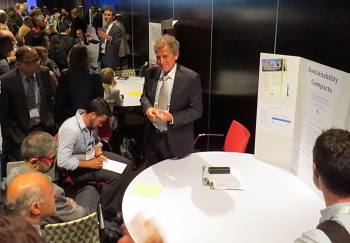 In fact some renowned Dutch experts have already made their contribution. Like Dick van Ginhoven of the Dutch ministry of Foreign Affairs who found himself at the ‘market place’ organised by the platform Sanitation and Water for all (SWA).

Van Ginhoven pitched the current policy of the Dutch government only to finance development projects with a clause on sustainability and the assurance that the opted water service will last at least ten years.

Raymond Hafkenscheid, also of the Dutch ministry of Foreign Affairs, was one of the speakers at the session on the programme Securing Water for Food. Here 17 entrepreneurs presented innovative concepts to produce more crop per drop. Hafkenscheid was proud that six of them were Dutch, proving the innovative capacity of the Dutch water sector.

More on these sessions, and other contributions by the Dutch delegation, will soon appear on this website.