The High Level Panel on Water (HLPW) has announced 14 initiatives that the platform considers important for the achievement of all water-related Sustainable Development Goals (SDGs) by 2030.

One of the focus areas is the need to express all values of water and not only its financial value. 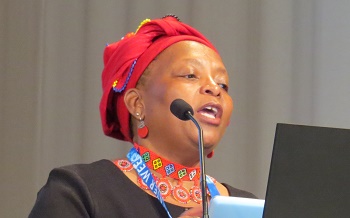 South African ‘sherpa’ Nchedi Sophia Maphokga-Moripe, Department of Water and Sanitation, talks about the issue of human right on water.

Final set in March
The HLPW is a platform by the United Nations and the World Bank with 11 head of states, including Dutch prime minister Mark Rutte. Dutch ‘sherpa’ is special water envoy Henk Ovink.

Körösi (on top photo) explained that the panel is consulting many parties globally and the final set of initiatives will be published in March next year and presented at the 8th World Water Forum in Brasil.

The 14 preliminary initiatives that were announced, include a wide range of subjects. One of them is the valuing of water.

The initiatives will play an important role in the UN general assembly in September next year when the UN will evaluate the progress by the global water community to achieve SDG#6 by 2030. 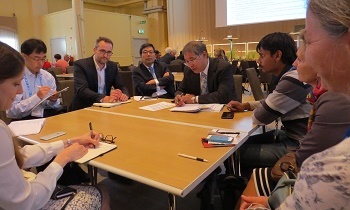 Missed opportunities
The panel thinks that too many lives and assets are lost because of water related disasters. This loss is not always reflected in the financial price of water.

With the current financial pricing of water, the panel considers too many opportunities are missed for economic, societal and environmental gains.

Some of  the focus areas announced in Stockholm include efficient water use, transboundary water management, smart data, disaster risk reduction, peace & migration and financing of infrastructure. 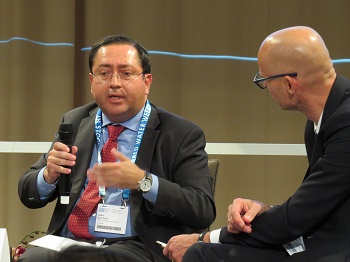 Not a commodity
During a discussion on how to value water and get a more inclusive price for water, the financial minister Carlos de la Torre of Ecuador emphasised the importance of a broader concept.

‘Water is not a commodity in itself’, he says. 'Water becomes a product when there is a demand for its transportation and, if necessary, its treatment. It is important that we bring together the pricing and the valuing.’

‘The price must reflect a long term profit, both economical, as well as social’, said the financial minister of Ecuador.

Next consultation
One of the next consultations on the issue of valuing water, will take place at the Amsterdam International Water Week on 31 October and 1 November.

The HLPW opened a special website for a public consultation.