Stockholm World Water Week 2017: Many reasons for conflicts, water shortage is one of them

‘There is little proof of violent conflicts that have emerged directly from water shortage only, but surely there is an influence’, said Sophie de Bruin of PBL Netherlands Environmental Assessment Agency at the Stockholm World Water Week on 29 August.

De Bruin was one of the speakers at a session under the umbrella of the Dutch-based Planetary Security Initiative that addressed changes of water availability and its effects on conflicts and migration.

Sanne Vermeulen of aid-organisation Cordaid shared her experiences in South Sudan on the enormous impact of the changes in the grow season for farmers and cattle herders. 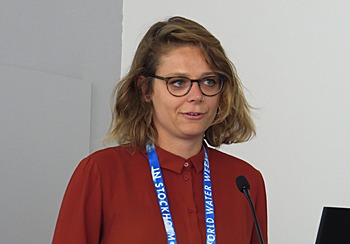 Direct impact versus no impact
De Bruin’s conclusion is based on her literature study. She noticed a big difference in weighing the role of water in conflicts. “Some literature speaks of a direct influence of climate change on violent conflict. Others speak of no influence at all and refer to the poor governance structure in certain dry areas.’

Widely recognized though is the 10-years old report by the United Nations Security Council (UNSC) that identified climate change as a ‘threat multiplier’ that can exacerbate conflict risks. It is generally accepted that in certain contexts, climate change can, mostly through changes in water availability, affect social and economic conditions.

The session at the Stockholm World Water Week was meant to explore the possible pathways to influence the outbreak of a conflict by controlling water scarcity.

Meijer also mentioned the influence of drought in other countries. 'Countries as Egypt import a large part of their food from countries that are vulnerable to drought. ´This can lead to decreasing food imports or raising food prices´, she said. 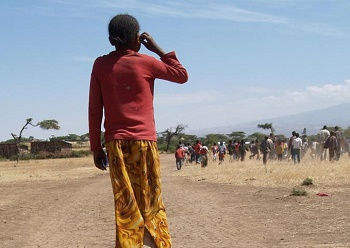 Poor infrastructur
Specialist Anders Jägerskog, at The World Bank Group mentioned the poor infrastructure in general. ‘With or without a conflict, it drives insecurity’, he said.

More specific, Jägerskog suggested to bridge the gap between development aid and humanitarian aid. ‘Organisations as Red Cross could change their response and get themselves more involved in water infrastructure during a conflict. We also need to think of a new kind of response to prevent outbreaks.’

Farmers versus cattle herders
To iullustrate the direct influence of seasonal changes on a conflict, Sanne Vermeulen of Cordaid presented a case in South Sudan where farmers have their own piece of land to grow their crop and cattle herders travel from place to place, depending on where their cattle can graze.

‘Because of the changing season pattern, the cattle herders migrate earlier into the areas where the farmers are. The cattle cause much more damage because the crop is still young and has not been harvested yet. That in turn triggers conflict between farmers and herders’, she explained.

Vermeulen was involved in a project to introduce an early warning system so the farmers know when the cattle come. The project also involved local authorities and peace building committees. 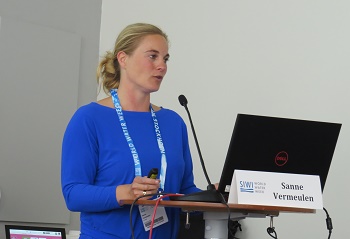 New conflict
South Sudan is now involved in a new civil war. ‘Despite we have still contact and can keep the early warning system operational. But the local involvement is minimal as the peace building committees have other priorities now’, Vermeulen adds.

She hopes that when the conflict settles again, the work on the project can continue. ‘Many people have been forced by the militants to leave their homes, so we must re-establish the contacts

Operated by a consortium of leading think tanks, the goal of the initiative is to strengthen the knowledge-policy interface by consolidating the Community of Practice on planetary security.

The initiative aims to increase awareness, to deepen knowledge, and to develop and promote policies and good practice guidance to help governments, the private sector and international institutions better secure peace and cooperation in times of climate change and global environmental challenges.

The next Planetary Security Conference will be held in The Hague, the Netherlands, on 12-13 on December.