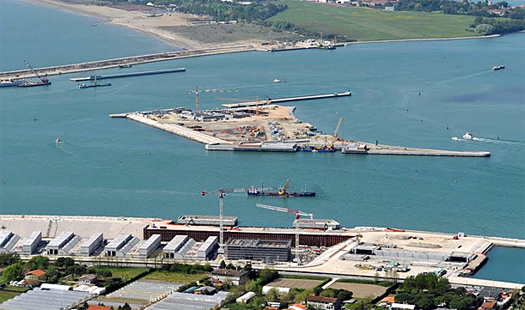 Strukton Immersion Projects, the Strukton company specialised in tunnel immersion technologies, has been awarded a contract to engineer and execute the floatation, transportation and immersion of eight concrete caissons, each weighing 21,000 tons.

A movable barrier mounted on the caissons will protect Venice from flooding. The project has been commissioned by the Venice authorities. The contract awarded to Strukton, valued at over 8 million euro, concerns the lagoon's southern entrance, near Chioggia.

Strukton will perform this work for Clodia, an Italian contractor alliance. Engineering will commence immediately. Work will be executed and completed summer 2014. 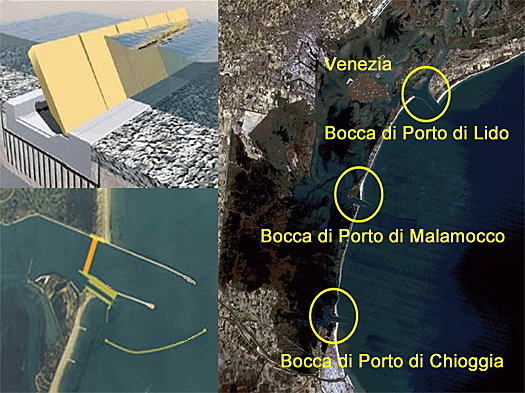 MOSE flood barrier
Venice spans a group of small islands in the middle of a lagoon. For centuries it has suffered flooding from the Adriatic Sea, but these floods are becoming more and more frequent. Not only is the sea level rising, the city is also sinking into the soft soil.

As part of the MOSE project (Modulo Sperimentale Elettromeccanico), work has begun on the construction of a storm surge barrier to prevent further flooding, by sealing the lagoon off in case of high water.

Three entrances
The storm surge barrier system is made up of movable barriers being constructed at the three entrances to the lagoon, near Lido, Malamocco and Chioggia. The barriers will only be closed in the case of extremely high water; the system is comparable to the Maeslant barrier in the Netherlands.

Martijn Smitt, director of Strukton Immersion Projects, comments: "Due to the nature of the activities and the many interfaces within the floatation, transport and placing process, this project will be handled by a dedicated, experienced team in close cooperation with the Clodia project organisation."

About Strukton Immersion Projects
Strukton specialises in immersion and has previously been involved in numerous tunnel projects, including recent work on the Noord/Zuidlijn metro line in Amsterdam, the immersion of tunnel elements for the Busan-Geoje Link in South Korea and the Limerick tunnel in Ireland.

This news item was originally published on the website of Strukton Immersion Projects.