What are you looking for?
News 3 September 2014 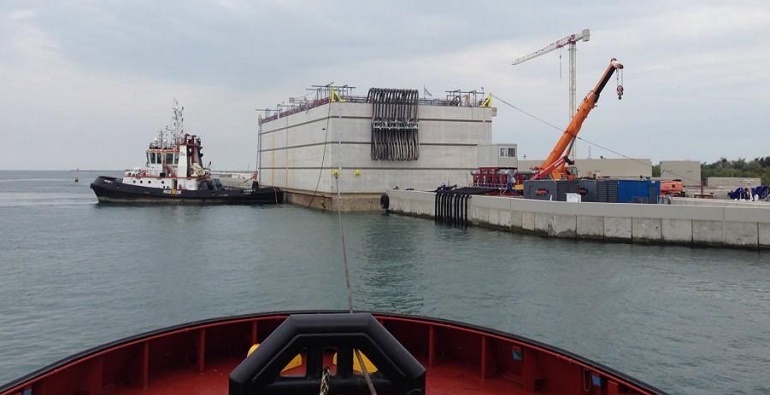 On 27 August, Strukton Immersion Projects successfully immersed the last of the eight concrete caissons that form the base of the storm-surge barrier near Venice.

The immersion of this final caisson rounds off construction on the foundations for the new storm-surge barrier.

The next step will be the positioning of the movable flood gates.

High level of accuracy
Strukton transported the segments – which are each 60 m wide, 46 m long and 10 m high – by water to an inlet near Chioggia on the Venetian Lagoon. The segments were subsequently immersed on site.

The project demanded a high level of accuracy. Maximum allowances in any direction were no more than 10 mm. The project was realised on schedule and to the client’s full satisfaction.

Towed from dry dock
The eight enormous caissons were built in a dry dock in 2012 and 2013. The dry dock was flooded after the caissons’ construction. After this, they lay waiting at the dry dock until they could be floated, transported to the site and immersed.

Each of the 21,000-tonne concrete behemoths was towed by tugboats to the lagoon inlet. 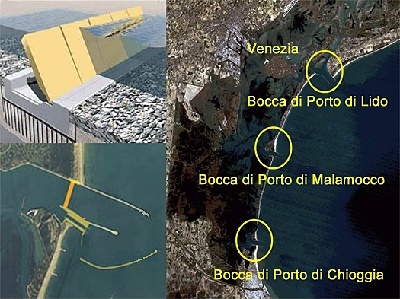 Green light
Chioggia is home to a large fishing fleet, which is why the periods during which the inlet was closed off needed to be as brief as possible. Closure times were set at a maximum of 24 hours.

In addition, the immersion team needed to take the high local current speeds into account: twice a day, tidal movements cause the lagoon water to flow through the mouth of the inlet.

Moreover, the immersions still got the green light with waves of up to 75 cm tall.

Storm-surge barrier
For as long as ten years now, numerous parties have been collaborating on a storm-surge barrier that can close off the Venetian lagoon from the Adriatic. Strukton, as the lone foreign party, is also helping Venice to combat high-water at Chioggia.

The storm-surge barrier is expected to officially be put into use in 2017.

This news item was originally published on the website of Strukton.