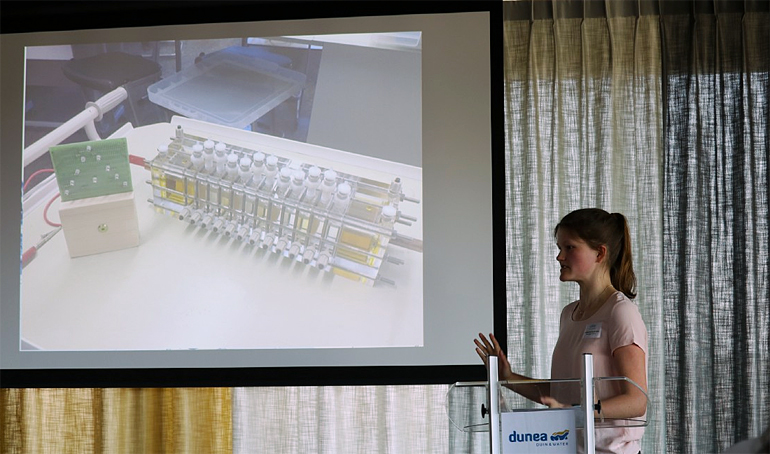 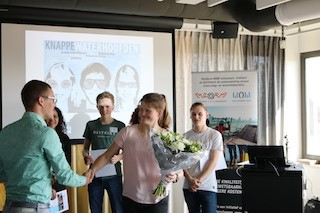 One configuration was a Battery Protection. Module (BPM) without a catalyst. The second was a module with an in situ catalyst.

The third – which proved to function best – was a module with an ex situ catalyst.

Michel Saakes of the water technology research institute Wetsus advised and trained Du Toy van Hees in the process of developing a membrane for the system.

Teams from over 25 countries competed for the international honor, which was awarded by an international jury of water professionals and scientists.

The international Stockholm Junior Water Prize competition will be held in the last week of August.

This news item was originally published on the website of Water ontmoet Water (in Dutch only).

Working with Water
www.platformwow.nl
(in Dutch only)