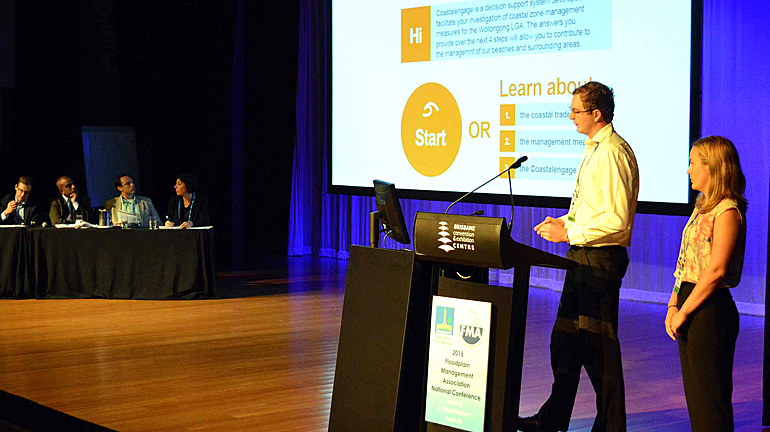 One of the winning entries was the CoastalEngage, a decision making tool that enables local communities to engage in coastal development.

The winners were announced at the Floodplain Management Association National Conference in Brisbane, Australia on 21 May. 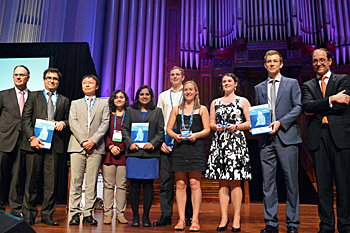 Let's talk resilience
The Australia-Netherlands Water Challenge was initiated after the Queensland floods in 2011 to exchange knowledge on floods and droughts between Australia and the Netherlands. Ambitious students and young professionals from across Australia are challenged to contribute their own ideas for a more climate-resilient Australia.

The theme of the third Australia-Netherlands Water Challenge was 'Let's talk resilience'.

Two winning teams
After several selection rounds, the four best teams were invited to present their ideas at the FMA National Conference in front of four hundreds flood management experts and a jury, chaired by Dutch Consul-General, Mr. Willem Cosijn.

Ultimately, it was the teams consisting of Tom Perfrement and Tracey Lloyd, students at the University of New South Wales and Raymond Laine and Ashlee Clarke, graduates from the University of Wollongong, who came out on top.

Tom and Tracey won with their idea for a composite resilience index as a way to make resilience more measurable and provide government better direction for action.

Says Tracey Lloyd, from one of the winning teams: "It was a great opportunity for us to join this competition. We are passionate about helping Australia to strengthen its capacities in the face of climate change and are really looking forward to working with experts from both Australia and the Netherlands to further develop our ideas."