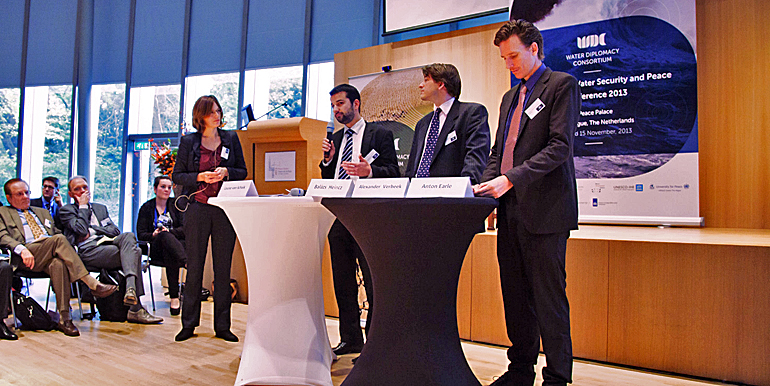 The Jordan river master plan is delayed with one year as it proved difficult for the three involved countries Israel, Palestinian territories and Jordan to find a common baseline for the water assessment.

The Middle East negotiations on water resources was one of the most important cases that was discussed at the Water Security and Peace Conference in The Hague on 14 and 15 November.

Joint fact finding
In the final plenary of the conference the water-related conflict in the Jordan river basin was mentioned for what was considered to be the most important element of water diplomacy: the joint fact finding. The full context of transboundary rivers is very complex and in case of a water-related conflict, important hydrological data is often lacking or divided over the conflicting parties. 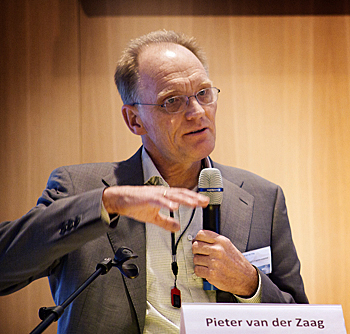 Decision making models
Even if all data is available, there is still a lack of good models, noticed professor Pieter van der Zaag of UNESCO-IHE. "There are several models but they do not solve the problem when it is unclear what the parties want to know."

" The conflict over the Nile showed that the use of models is a process", told Van der Zaag.

"It must have a role in the background of the whole diplomatic process of resolving the conflict. For the purpose of decision making models must simplify a case, rather than the detailed knowledge that is needed for the daily water management". 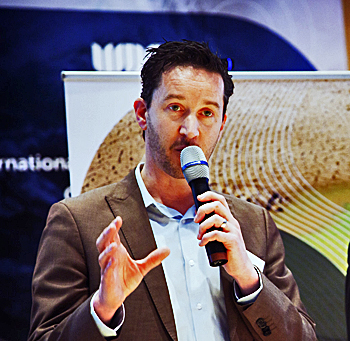 This was the message from Patrick Huntjens, head of Water Diplomacy at The Hague Institute for Global Justice, referring to the case of conflict resolving in the Mekong river basin.

"Foster all parties at all levels", he said. "The outcome of the diplomatic process must focus on the benefits for the conflicting parties. That can be economically, but also socially." His device was:  discuss globally, act locally.

Capacity building for water diplomacy
Huntjens looked back on a very productive conference. Several participants contacted him for future cooperation with the consortium to further develop the concept of water diplomacy.

"This conference proved it is definitely more than a new buzz word", Huntjens said. "Water diplomacy can be an additional tool for resolving water-related conflicts. Our consortium can play an important role in capacity building by developing dedicated decision support models and by providing integrated training on both legal and water management issues."

Recording of the closing session (more videos on TV WaterChannel)

Talking passionately about the ability to solve water-related conflicts was professor Aaron Wolf of the Oregon State University.