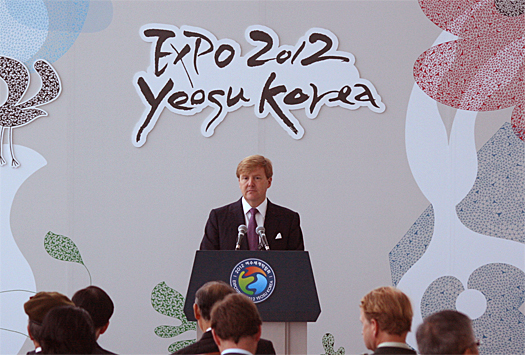 Prince of Orange Willem-Alexander and minister Melanie Schultz van Hagen of infrastructure visited the Expo 2012 in the Korean city of Yeosu on June 18 on the occasion of the National Day of the Netherlands. The Dutch contribution to the expo concentrates on sustainable delta’s.

Most famous Dutchman in Korea: Hendrick Hamel
The Dutch pavilion takes the visitor back to the Golden Age, the 17th century, when the Dutch built ever bigger merchant ships, trading products all over the world. One of the sailors was Hendrick Hamel. In 1653 this Dutch sailor was on its way to Japan but ended up in prison in Korea because of a storm.

After his return to the Netherlands, thirteen years later, his journal was published, bringing Korea for the first to the attention of the Europeans.

Today, Hamel is still very famous amongst Koreans for making their country known in the Western world. 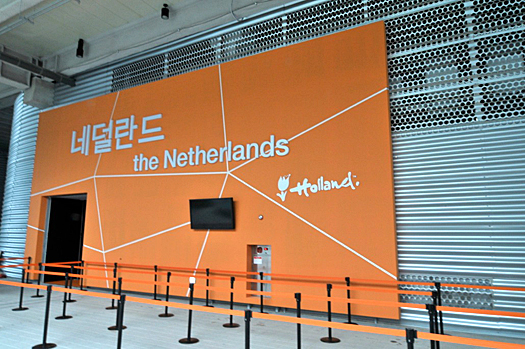 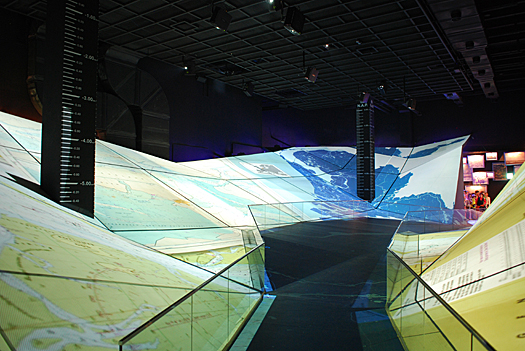 An audio-visual presentation takes the visitor on a virtual tour through the Dutch delta landscape, showing its world famous water works.

Research institute Deltares and engineering firm DHV already work closely with K-Water on major Korean water projects such as the land reclamation of Seamangeum and the restoration of Korea’s four major rivers. 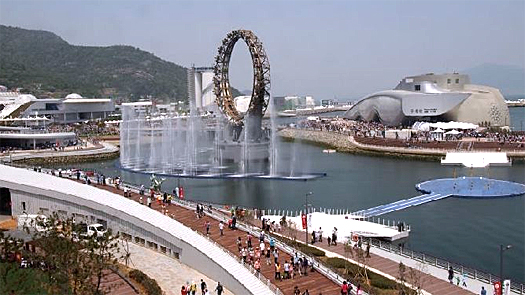