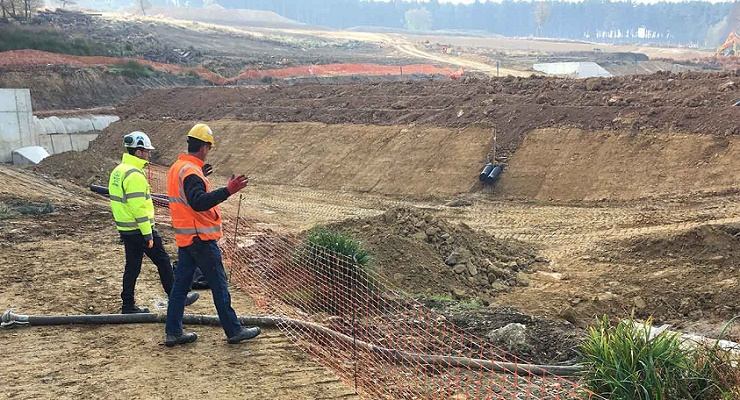 The Clay’s Lake scheme comprises the removal of an existing dam which is being replaced with a larger dam, increasing the lake’s capacity from 10,000 to nearly 400,000 cubic metres.

The increased storm water storage capacity reduces the risk of flooding to more than 280 homes in the area, and to Gatwick Airport. 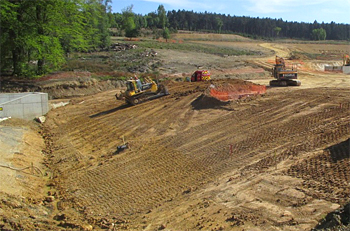 The natural media supports silt trapping and can also be used in conjunction with a floc mat to enhance sediment capture and reduce downstream turbidity.

Large excavation
At Clay’s Lake the wattles were used to help control sediment discharged from a large excavation that had to be regularly pumped throughout the winter.

The wattles were used to contain muddy water pumped from the excavation, and replaced straw bales that had previously been used for this purpose. 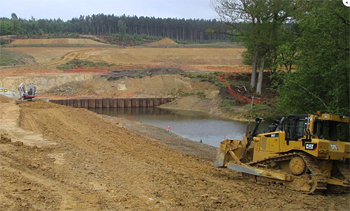 Unlike the straw bales, the wattles did not break down or degrade over time. This reduced maintenance and resource demand in the winter months when the site was shut down.

The design of silt wattles, which are manufactured in the UK by frog environmental, ensures they are malleable and will fit to the contour of uneven surfaces, where they can be staked in place or tied off.

Prevention of silt pollution
Other innovative techniques to reduce silt pollution are being trialled at Clays Lake, these include Water Lynx blocks to aid water settlement and flocculation mats to trap silt in water before entering the watercourse.