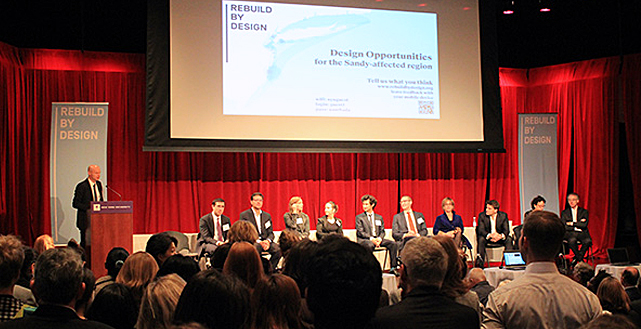 Ten design teams from around the world, revealed 41 plans meant to help the Sandy-affected states of New York and New Jersey  better address climate change and other issues.

The plans were presented at public receptions in both states on 28 October.

At both occasions the teams were introduced by Henk Ovink who is on loan by the Dutch government as a senior advisor for US Secretary for Housing and Urban Development Shaun Donovan.

Ovink works on the Hurricane Sandy Rebuilding Task Force and is responsible for the long term planning strategy, including the design competition Rebuild by design. 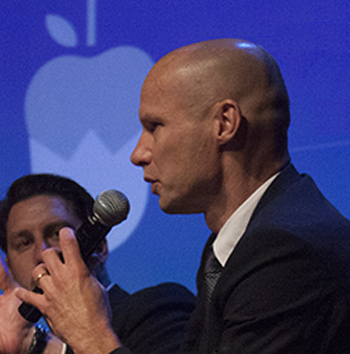 Process, talent and funding
Introducing the ten teams Ovink emphasized at both receptions the need to start the rebuilding with a designing process.

"We realized that the issue of rebuilding a more resilient region was too complex. We could not boil down the problem to five questions", explained Ovink.

"So we came up with the process of a creative design competition involving the brightest minds in the world. Today we present the ten best teams showing their ideas covering all issues in this region at any scale. In March next year we will select the final designs for funding and realization."

Early-stage proposals
Since their selection three months ago, the design teams have conducted in-depth analysis and public outreach, including both one-on-one conversations with people living in areas that have been affected by super storm Sandy in November 2012.

All teams were asked to develop up to five early-stage proposals that cross city, state and agency lines.

In total 41 early-stage proposals have been revealed and published on the website of the Rebuild by design competition. 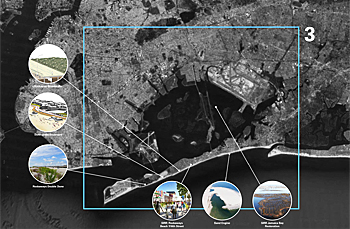 For specific areas the team developed transects that run from the shoreline to the hinterland, providing solutions for the 18,000-acre wetland estuary Jamaica Bay.

These solutions can also be adopted at other locations, including a special constructed boardwalk, a dyke-under-boulevard construction, a double dune system with trees, shock absorbing sand bars and a 'sand engine' as an innovative way of beach nourishment.

Next phase
Each of the teams will have until March 2014 to develop their design into a solution that will be evaluated by a competition jury, which will receive feedback from experts, stakeholders and the public.

Ovink stressed his invitation to the public to take a look at all 41 proposals. “We’re going to use your comments not only in the selection, but to drive forward the design.”

Recording of the morning public reception at the New York University.

Recording of the evening public reception - with state secretary Shaun Donovan - at the New Jersey Institute of Technology.