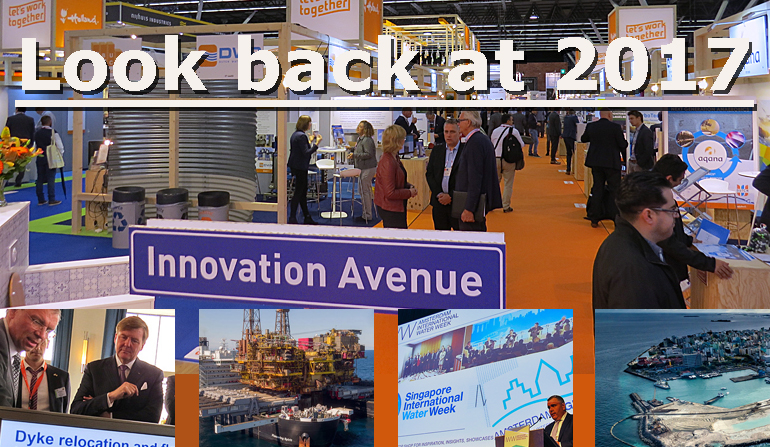 The year has almost come to an end. Traditionally we look back at the year and the international highlights of the Dutch water sector. What it looked like in 2017?

We followed the sector around the world and covered its activities in almost 300 news stories, ranging from the contributions to many global conferences, the construction of highly innovative water treatment plants, the realisation of ingenious multifunctional flood protection projects, to the challenging contributions to the Sustainable Development Goal #6 on water.

This is our last news item of the year and we are pleased to present to you what we considered the top 10 news stories of 2017 in chronological order. 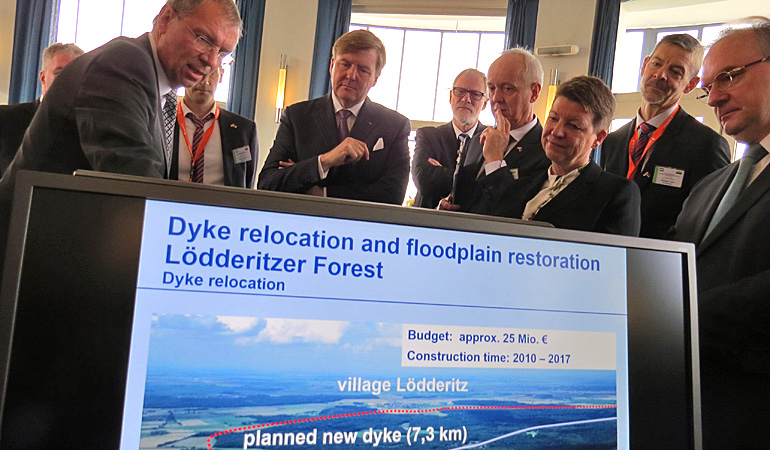 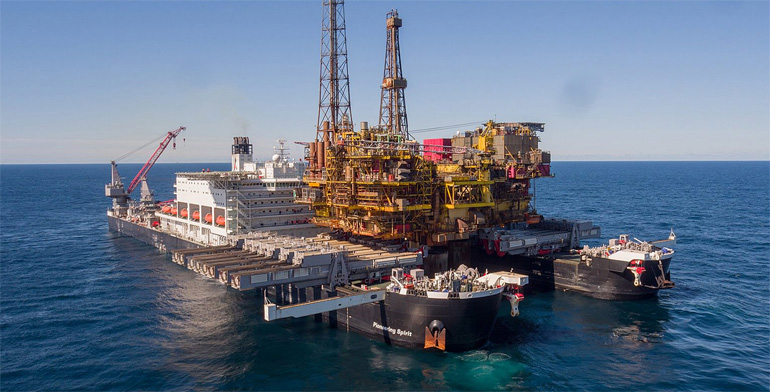 All Seas developed its 2.6 billion euro Pioneering Spirit to lift decommissioned offshore platforms from their legs so the structures can be transported to shore for dismantling and full recovery. In May the dedicated vessel did the job it was designed for: it uplifted Shell’s 24,200 ton oil platform Brent Spar and brought it to a scrap yard in the UK.
● Heavy lift Pioneering Spirit takes Brent Delta oil platform from its legs in 12 hours, 1 May 2017 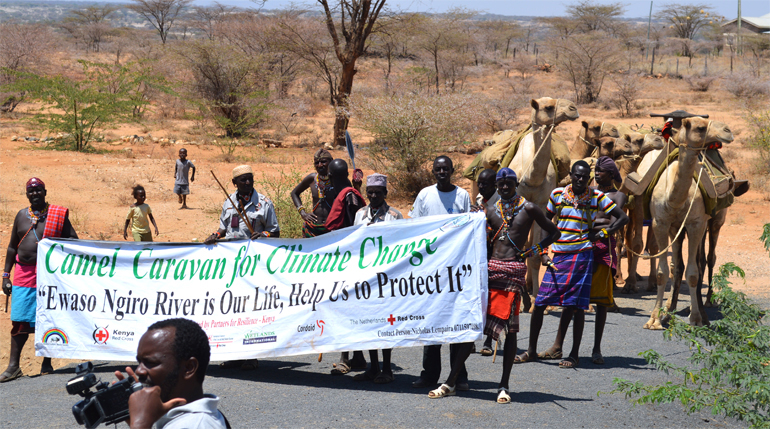 At several conferences in 2017, Dutch experts gave presentations on the relation between water scarcity and migration. In order to put a halt to migration of Africans to Europe, the Dutch government has come up with a policy to improve their livelihood, including the creation of employment and restoration of wetlands. In December the The Hague declaration was signed that calls for a special UN ‘climate security’ envoy for the coordination on international migration issues by addressing the effects of climate change such as water scarcity.
● Degradation of wetlands in the Sahel drives massive migration to Europe, 4 May 2017

Water has many values 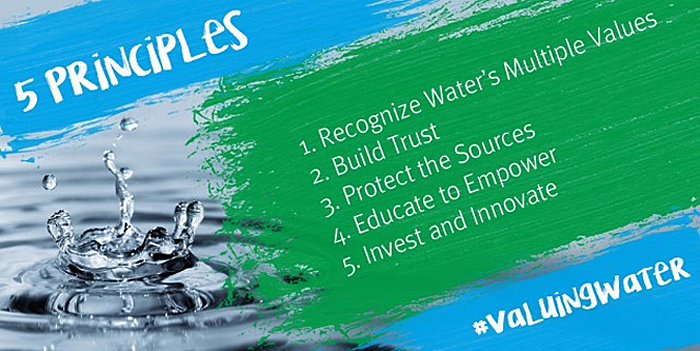 The price of water is not the same as the value of water. The price reflects only a part. A special working group of the High Level Panel on Water (HLPW) formulated 5 key principals that lead to the inclusion of social, ecological and cultural values. The principles can be used for making collective decisions and trade-offs on water. Throughout the year the working group held consultation around the world. The final version of the Valuing for water document will be presented at the World Water Forum in Brasil in March 2018.
● HLPW seeks reactions on principles for broad valuing of water, 11 August 2017

Why waste water, was the slogan of this year’s UN world water day. Treated waste water can be reused and the treatment can also generate renewable energy. Dutch firm Sustec developed a special technology that boosts the volume of biogas produced by digestion of the sludge. Their first TurboTec continuous THP-plant outside the Netherlands was delivered to Severn Trent Water at wwtp Strongford, UK.
● Sustec THP-plant to boost biogas production at wwtp Strongford, UK, 11 September 2017

Making a business out of poop 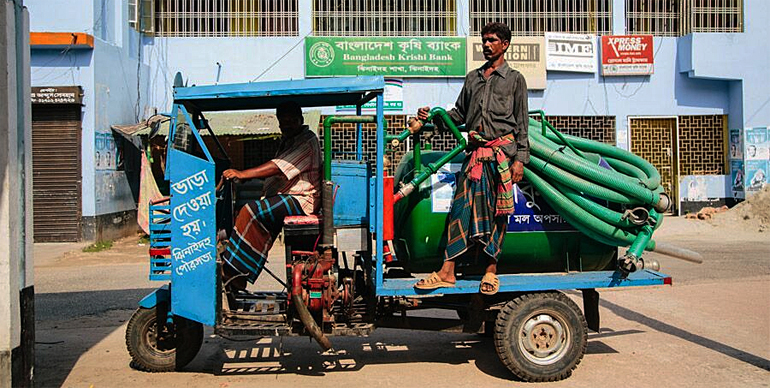 There's money to be made in becoming a pooper scooper in urban slums without sewage systems. By drying the poop collected from latrines, they can make money by selling it as a compost or by converting it into biogas. Non-profit organisation SNV drew attention to the poor working conditions for latrine emptiers.
● SNV takes a stand against poor circumstances septic tank emptiers in Bangladesh, 14 September 2017

Changing the sight of New York 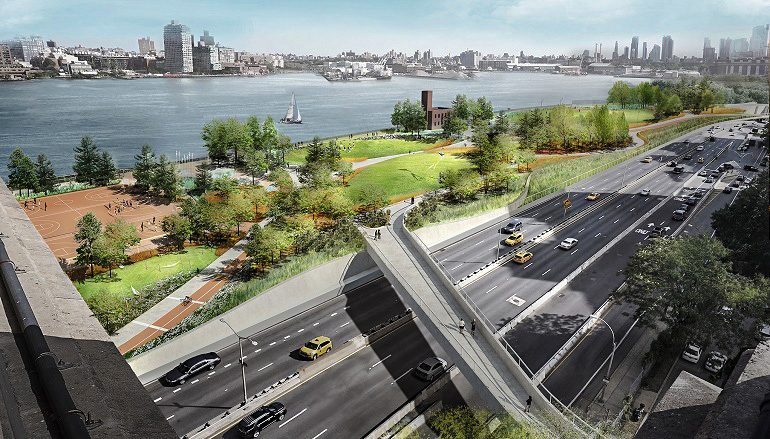 Hurricane Sandy made New York City realise its vulnerability to floods. Ever since, Dutch consultancy firm Arcadis has been actively involved in plans to make the city more resillient. In September it was awarded to put the ‘Dutch approach’ to practise along the riverfront of Manhattan and came up with a 3,5 miles multifunctional scheme that combines a new flood defence with the improvement of the community enjoyment. The scheme will be detailed in close collaboration with the city authoritites and local communities.
● Arcadis to design a more flood protective park-like coastline for Manhattan, New York, 27 September 2017 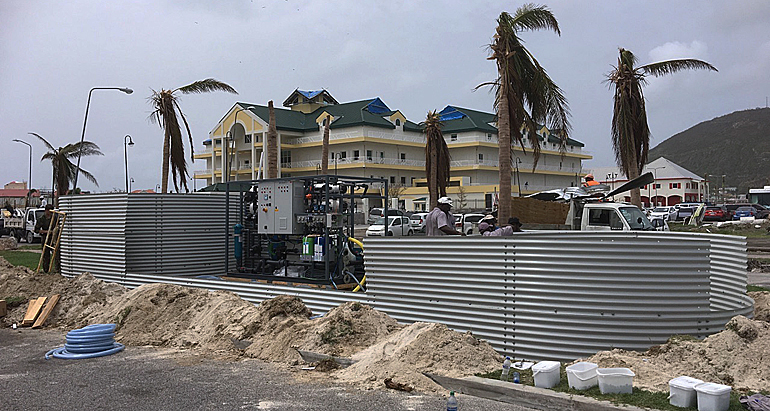 Hurricane Irma knocked out the water supply system of the Caribbean island of Saint Martin. Within 20 days Dutch firm DWP shipped in all necessary components and got a mobile reverse osmosis drinking water plant up an running in the middle of a street in Philipsburg city. Citizens can go to this nearby plant and tap their water.
● DWP gets mobile RO-unit up and running to deliver drinking water in Saint Martin, 12 October 2017 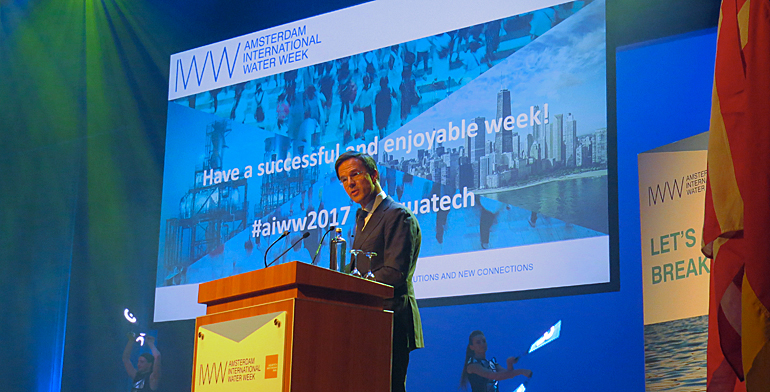 The fourth edition of the Amsterdam International Water Week has been very productive. A remarkable outcome were nine Amsterdam Agreements, signed by case owners, experts, suppliers and investors to solve complex water issues and bring solutions to scale. The bi-annual event gathered over 20,000 visitors for the Aquatech Amsterdam trade fair on water technology and over 1,100 delegates for the international conference on urban water solutions. Dutch Prime Minister Mark Rutte welcomed the exhibitors and delegates at the Opening Ceremony.
● AIWW 2017: Look back at a productive event highlighting opportunities and alliances, 8 November 2017

Dutch dredging company Van Oord received the British Dredging and Port Construction Award for its innovative and sustainable approach to a land reclamation project in the Maldives. The jury praised the forward thinking of the project that included the enlargement of a number of islands, the protection with rock revetments, the conservation of the coral reefs and the lift of the traffic congestion in the capital Male.
● Van Oord wins DPC Innovation award 2017 for its reclamation projects in the Maldives, 1 December 2017

If you like these news stories, please keep up with our news stories on this website also in 2018.

We wish you a happy and healthy New Year,