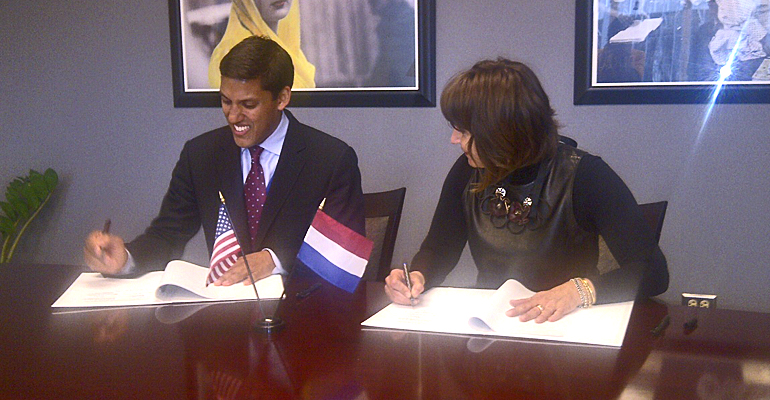 Administrator of the United States Agency for International Development USAID, Rajiv Shah (left), and Dutch minister for Foreign Trade and Development, Lilianne Ploumen (right), signed an agreement on the Dutch contribution to the Securing Water for Food programme in Washington on April 11.

The programme was launched last year at the Stockholm Water Week and aims to accelerate innovations that lead to more food production with less water use. 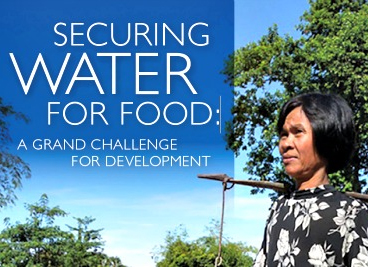 Efficient use, storage and desalination
Three specific targets are:
• Water efficiency and reusing wastewater (especially targeted at the food value chain)
This will become a greater necessity as water availability is threatened by competition between industrial, agricultural, and energy uses. Improving water efficiency and reuse has tremendous potential for water-saving benefits that may have multiplier effects at various levels of a country’s economy.
• Water capture and storage
These systems are in high demand in many regions where rain occurs at limited times. With projected increases in rainfall variability due to climate change and increased demands for food production, capture and storage systems at various scales are needed to secure water supplies throughout the year and build resiliency to drought and floods.
• Salinity and salt water intrusion
In coastal areas, over pumping and rising sea levels are leading to salt water intrusion, forcing farmers to use marginal quality water for irrigation. With more than 30% of the world’s population living in coastal areas and drawing food supply from fertile deltas, urgent solutions are required to reduce the impacts of salinity on the quality of aquifers and food production. 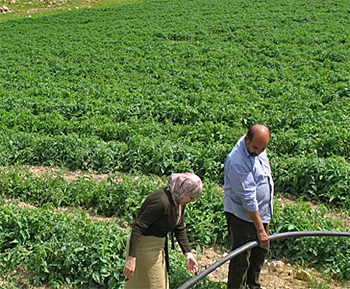 By March 22 - World Water Day 2014 - some 83 semifinalists were named for the first 15 million USD call for innovations.

Desal prize
Specially to stimulate development of new desalination technologies the programme launched the Desal Prize. The prize seeks to incentivize the creation of a small-scale brackish water desalination unit that can provide potable water for humans, as well as water appropriate for livestock and crops in developing countries.