The Government of the Netherlands has granted 2.17 million US dollar to the Mekong River Commission (MRC) in support of its MRC Strategic Plan for 2016-2020 including the Flood Management and Mitigation Initial Studies.

The agreement was signed by Chief executive officer Dr. Pham Tuan Phan, of the MRC Secretariat and Head cluster water Ms. Karin Roelofs of the Dutch Ministry of Foreign trade and development cooperation.

The signing ceremony took place in Vientiane, Laos on 23 January.

Finalise flood mitigation studies
The grant contributes to the MRC basket fund for the implementation of MRC priorities with one third earmarked to successfully finalise the Flood management and mitigation initial studies.

These initial studies are to demonstrate the formulation of strategic directions to manage existing, future and residual flood risks in selected areas of the Lower Mekong Basin.

Welcome back
“We are glad to welcome the Netherlands back to the MRC as an active development partner after 5 years. The MRC appreciates their support for the MRC flood management and mitigation activities during 2002-2012”, said Dr. Pham Tuan Phan.

Ms. Roelofs reacted: "Through this contribution the Netherlands emphasizes its hopes that a restructured MRC will play an active role in the sustainable development of the Mekong Basin, especially as a broker of impartial knowledge and data”. 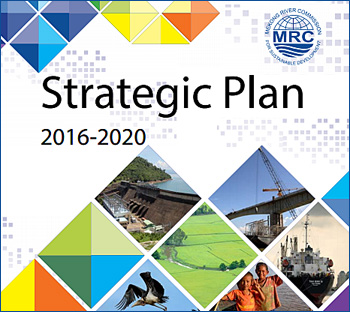 Four key result areas
Through this new funding, the MRC will not only be able to finalise its studies, but also conduct other works of high priority in its strategic plan.

During this strategic cycle of 2016-2020, the MRC will focus its work on four key result areas:

- strengthening regional cooperation,
- improving monitoring and communication of conditions in the basin,
- enhancing national plans and projects
- and turning the MRC into a leaner, more effective river basin organization.

In an effort to increase water efficiency in agriculture, the MRC will also strengthen its cooperation with the Netherlands in optimizing water use in agricultural production within the basin.

This news item was originally published on the website of the Mekong River Commission and the Netherlands Embassy in Hanoi.