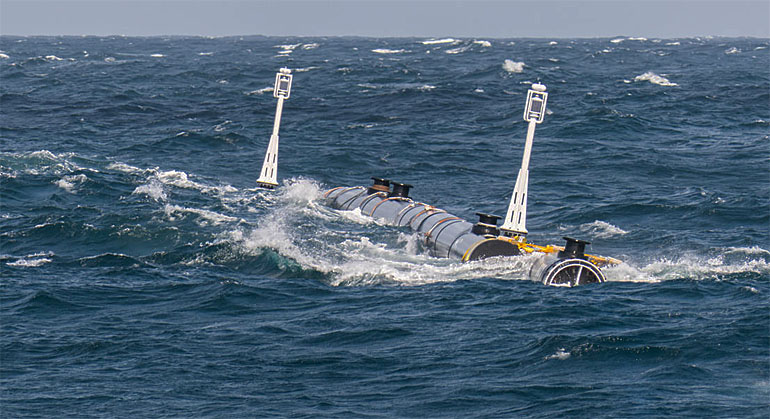 A 120 m long floating element with a screen section hanging underneath, behaved as was expected from experiences with earlier prototypes and a basin scale model test.

This has been reported by The Ocean Cleanup after a two weeks test of the new designed system to remove plastic from the ocean.

The test floater had been towed from San Francisco harbour into the Pacific Ocean for the first time. During a storm it withstood waves up to 5 m high. 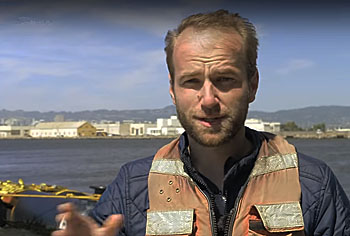 Amazing stability
‘I am amazed by the stability of the system’ said technical superintendent Reijnder de Feijter in a video interview as part of a recent published test report.

De Feijter: ‘On the second day we had waves of five meters and after inspection the element proved basically untouched. The screen was in perfect condition.’

According to  the report, the screen has been designed to bend and flex with the waves and did exactly what was earlier demonstrated in a scale model test.

Detailed inspection of screen
Upon return, the 120 m long floating element has been examined carefully. Every little stitch of the screen, all the connections. As De Feijter explained, it is important in this phase of the testing to not miss details. 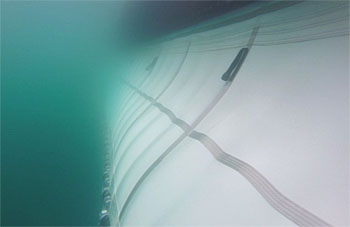 The underwater screen as designed to collect the plastic garbage that floats around in the Pacific Ocean.

Detected weaknesses of the screen section on the tow test unit have already been taken into account for the design of the new screen version that is now in production for the full system.

Full system test
The next stage will be the testing of a 600 m long version of the fully-functioning ocean cleanup system.

The assembly yard in the San Francisco harbour is in full force building the remaining 480 meters and both the Rotterdam team and the Alameda crew are actively working to build a system that is in its optimal state for the Great Pacific Garbage Patch, to be launched later this summer.

This news item was based on a test report originally published on the website of The Ocean Cleanup.

Report by Reijnder de Feijter on the first two weeks test of a 120-meter section of the world’s first ocean cleanup system in the Pacific Ocean.