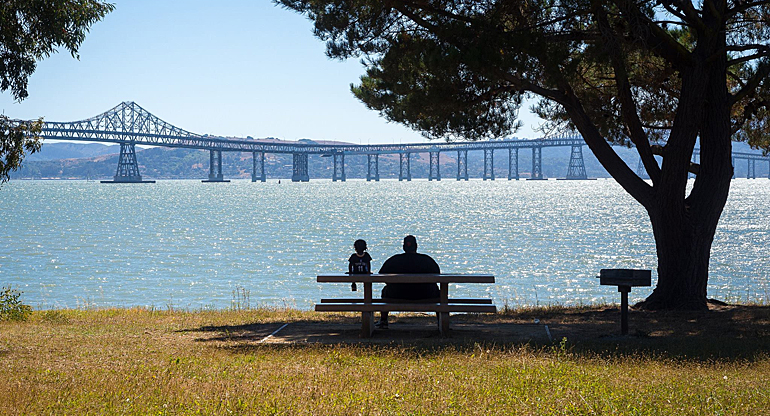 Ten design teams that entered the San Francisco Resilient by Design Challenge have been selected to map how the cities’ bay area can best respond to rising sea levels.

Three of these selected teams include Dutch participants that can contribute directly with knowledge and experiences from flood risk mitigation in the Netherlands.

The challenge is supported by the Rockefeller Foundation and San Francisco Planning Department. It is modelled after New York’s Hurricane Sandy Design Competition in 2013.

All 10 winning design teams received up to 250,000 US dollar to continue their work and develop innovative adaptation strategies for 10 distinct locations along the edge of the bay. 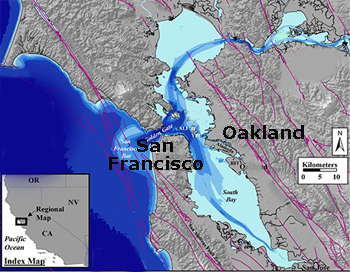 San Francisco bay risks floods both from sea (left) and river from the hinterland (right).

Nine countries
The winners were announced on 10 September at an event on the Richmond waterfront. They included representatives of nine countries and were chosen from 51 contenders.

In December, each team will be assigned a specific site and by May next year their follow-up plan has to be ready.

There’s no guarantee that there designs will be built — but the high-visibility competition can make it easier to attract large-scale grants and funding.

‘We want a balance between innovative designs and things that can be done’, said Amanda Brown-Stevens, managing director of the program, on the occasion. 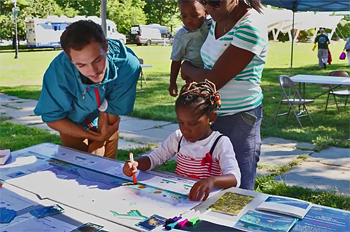 Many different ideas
The plans of the winners show a variety of ideas. The design team Big+One+Sherwood, that includes the Dutch based firm One Architecture, looked at the city as a social ecosystem and designed the links between nature, and culture, between people, and the environment.

The design team Hassell+, that includes Dutch-based firms MVRDV and Goudappel en Dutch-based research institute Deltares, included the concept of ‘living with water’, as is applied in The Netherlands and Australia to develop the immense social potential that waterfront places offer communities when they are connected to them.

Design with mud
Another team, Public Sediment, including Dutch-based consultancy firm Arcadis, emphasizes ecological infrastructure and proclaimed in its submission: ‘We design with mud’.

This team views sediment as the core building block of resilience in San Francisco Bay. It envisions the strengthening of the Bay Area’s as an ecological infrastructure.

See a review of all 10 winning teams at the website Resilient by Design.

Meeting the teams : Hassell, including MVRDV and Deltares