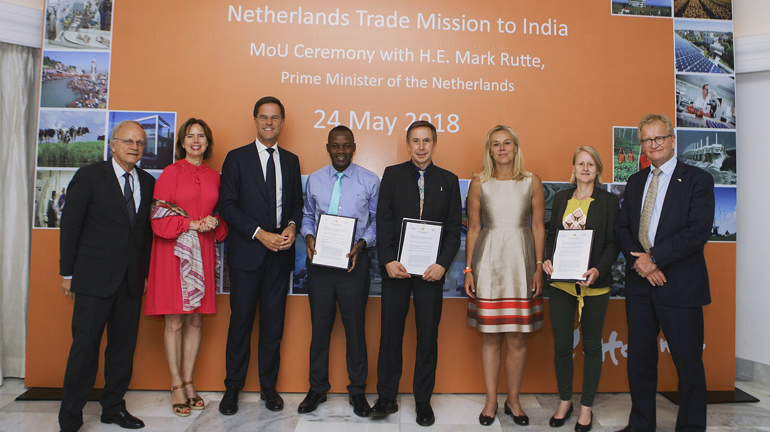 During the Dutch trade mission to India, headed by Dutch Prime Minister Mark Rutte, a Finish mondial partnership agreement was signed between the non-governmental organisations Waste, Amref Health Africa and Aqua for All.

The partnership aims to scale up safe sanitation for the poor through Public Private Partnerships (PPPs), thereby contributing to Sustainable Development Goal 6 on water. 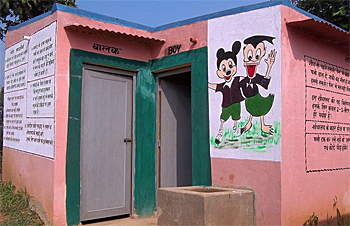 With small grants as seed money, the Finish society wants to build millions of new toilets in India. The concept will now be scaled up to six countries.

Leveraging local finance
Finish - financial inclusion improves sanitation and health - is a programme initiated by Dutch-based non-profit organisation Waste, with ongoing success in India and Kenya that started in 2009 and 2013 respectively.

The agreement includes a sanitation impact bond. This starts as a pilot with 5 million euro from Dutch institutional investors expected to be scaled up to a 100 million euro bond, if successful.

Head of the Dutch mission, Prime Minister Mark Rutte, emphasized: ‘The basis for success is cooperation between government, private sector and communities to address challenges in the local context. For a comprehensive solution, we need collective action’.

700,000 toilets already realised
The Finish programme has already been able to leverage significant local financing for safe sanitation. In India, less than 5 per cent of the initial FINISH funding came from grants.

To scale up results, WASTE, Amref Health Africa and Aqua for All, under the new FINISH Mondial partnership agreement – will expand FINISH in 6 priority countries, including India, Kenya, Uganda, Ethiopia, Tanzania and Bangladesh. 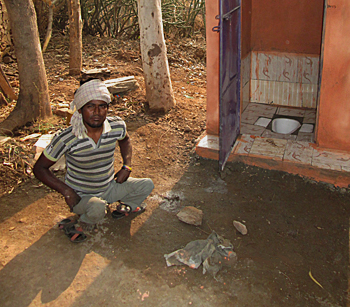 The Finish society involves constructors and faecal sludge remover, so many new jobs are created as well.

First sanitation impact bond
During the Dutch trade mission to India, a first of its kind Sanitation Impact Bond was launched.

Agreements were signed with partners including Actiam, KPMG, Waste, ESAF and Cashpor Micro Credit. Starting with a pilot phase of 5 million euro, the Bond aims to raise 100 million euro from institutional investors to build 1.5 million toilets in three years.

The funds will be invested in Indian microfinance institutions who will extend loans for sanitation and repay the Dutch Institutional Investors through Dutch Impact investor Actiam with a small return.

One of the truly innovative factors is that if the impact is reached in the number of sanitation systems constructed (target 1.5 million toilets), the Indian microfinance institutions will be rewarded in the form of lower interest rates.

This news item was originally published on the website of Aqua for All, Waste and Amref.

WASTE advisers on urban environment and development
The Hague, the Netherlands
+31 70 205 1025
www.waste.nl