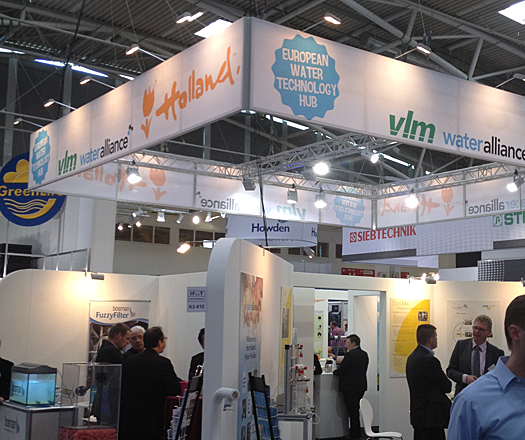 In addition to these companies in the pavilion, some 25 other Dutch exhibitors are present with their own booth.
(read also:IFAT 2012: State-of-the-art water technology in Holland pavilion) 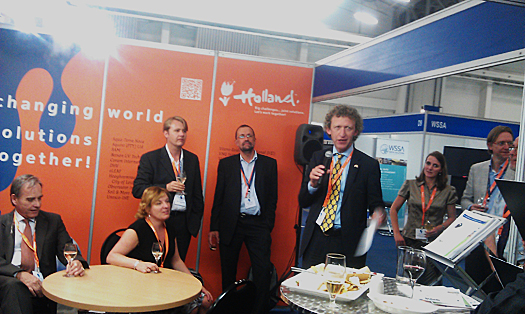 At WISA 2012, the biennial water conference and exhibition of the Water Institute of Southern Africa in Cape Town, over 25 Dutch organisations, both companies and government, are present in the Holland pavilion. Experts of the organisations take part in the various workshops during the conference.

On Tuesday May 8 there was a special Orange Day with two workshops (water supply & saniation, water & food) organised by the Dutch delegation.

Also part of the programme is a new edition of the Wetskills challenge where Dutch and South African water students work together on innovative solutions of real water problems.
(read more: Sixth Wetskills Challenge, South Africa) 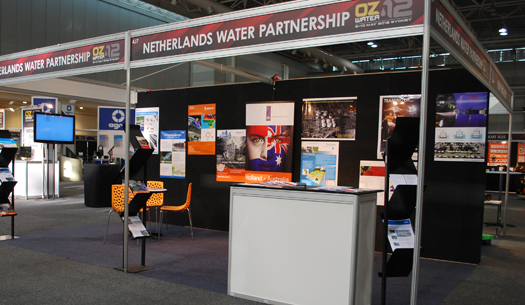 At the OZ Water conference and exhibition 2012 in Sydney, Australia, the Dutch water sector is present with a general booth.

One of the workshops is organized by the Netherlands Water Partnership and deals with flood control. Experts from Queensland and the Netherlands will exchange information in order to learn from each other about prevention and preparedness.