The take-over will accelerate the expansion of Tocardo’s Dutch and international tidal energy business. Financial details of the transaction were not disclosed.

More capacity
"The acquisition of IHC Tidal Energy is a meaningful expansion of our product offering and will enhance our capacity to acquire and implement tidal energy projects across the globe", says Hans van Breugel, CEO of Tocardo.

IHC Tidal Energy has developed a tidal turbine with a vertical ax, which after several test trials is nearing readiness for the commercial market.

In 2010, the first real-life 30kW OceanMill prototype was deployed at a jetty near the Western Scheldt, the Netherlands (top photo). 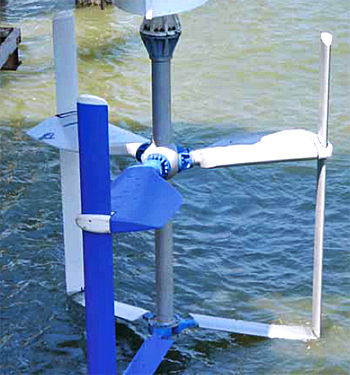 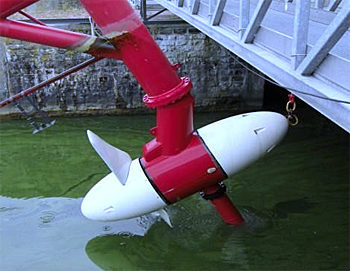 Two options: vertical and horizontal ax
For several years Tocardo has been manufacturing tidal turbines with a horizontal ax.

By offering both options, Tocardo enhances its clients’ capability to fully exploit the energy potential of fast-flowing sea currents. Bram Roelse, CEO of Royal IHC: "With this transaction we enhance our focus on our core activities. IHC Tidal Energy is a stable and healthy company, but its activities no longer fully fit Royal IHC’s strategy."

Earlier this month, Tocardo was appointed by the Isle of Man Government as one of its two preferred partners to supply tidal turbines for a major new renewable energy initiative.

Tocardo is also involved in upcoming projects elsewhere in Great Britain and in Canada. One of Tocardo’s turbines, installed in the northern Netherlands’ Afsluitdijk barrier dam, has been delivering electricity to the Dutch grid for more than five years, and three additional tidal turbines will soon be installed at this location.