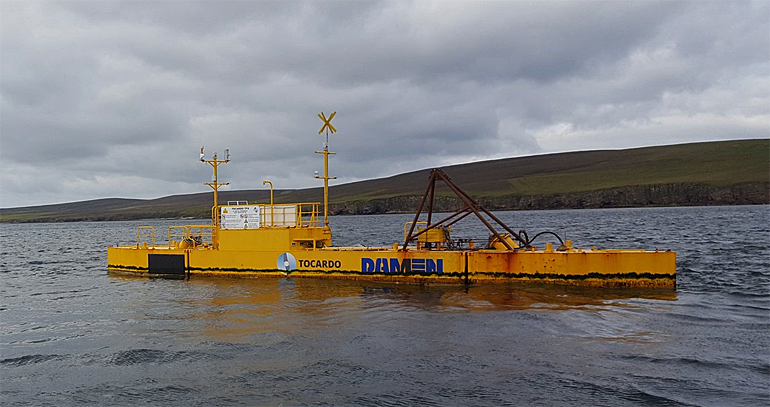 Ofgem supervises the RO-scheme and issues certificates to operators based on the amount of electricity they generate from renewable resources for a period of 20 years. 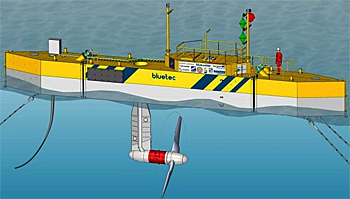 Impression of the temporary foundation system with underneath the tidal energy turbine.

Large scale roll out
With this deployment at the EMEC site and accreditation from Ofgem, Tocardo feels it is ready for large scale roll-out of its generic solution for tidal energy production.

Hans van Breugel, CEO of Tocardo Tidal Power: ‘We are very pleased the project has been granted. With this accreditation under this renewable support scheme for the EMEC project, a commercial business case has been secured’.

‘Tocardo is ready to become one of the larger inward investment companies into the marine energy sector, with a strong operational and production base in Scotland and Wales’, Van Breugel added. 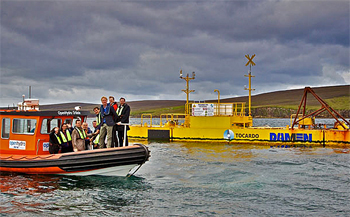 The Orkney’s Ocean Energy Days at EMEC tidal test site, on 28 and 29 June, were attended by a EU delegation that also visited Tocardo’s Temporary Foundation System.

The next deployments are foreseen in Wales and Canada at the Fundy Ocean Resource Centre for Energy (Force) and Petit Passage locations.

20-year commercial project
The TFS device was fabricated by Damen and previously installed in 2015 off the Dutch island of Texel.

This news item was originally published on the websites of Tocardo and EMEC.