The turbines will be attached to Tocardo’s patented semi-submersible Universal floating platform structure to form a 1MW system held in place by catenary mooring systems.

The Minas passage has the highest and strongest tides in the world and is considered by Tocardo's CEO Hans van Breugel as 'the holy grail' for tidal energy. 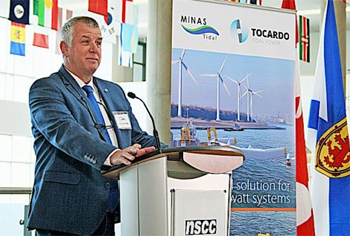 According to Tocardo's CEO Hans van Breugel his company is ready for the highest and strongest tides in the world.

“Minas Tidal presents a unique opportunity for our groups to work together, combining our respective expertise to build a Nova Scotian project development team, which will allow us to contribute to the development of Nova Scotia’s considerable tidal energy potential” said Jane Lowrie, Chief Financial Officer of IME.

The partnership will also undertake comprehensive stakeholder consultation with First Nations, the fisheries industry, regulators, and communities and complete all regulatory requirements prior to testing. 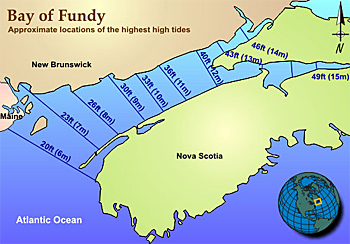 “The involvement of companies of this calibre, and the ability to test the different technologies they bring to the table here, will help Nova Scotia become a global leader in tidal energy and continue to build our economy.”

Minas Energy’s leasehold rights to the berth site at FORCE, along with a 4 megawatt power purchase agreement (awarded in December 2014) will be transferred to Minas Tidal, the new Nova Scotia-based development entity.

In-water testing is anticipated in late 2017.

Report by Global News with Tocardo's CEO Hans Van Breugel explaining why Bay of Fundy is the best place in the world for tidal energy.