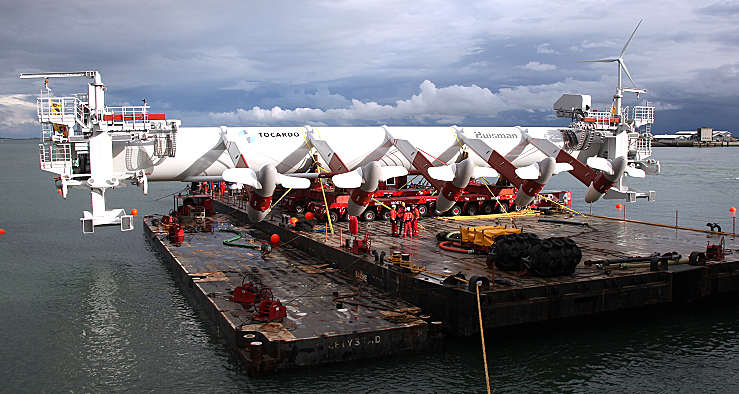 The tidal power plant is engineered and produced in a record time of nine months. The 50 m long and 20 m wide structure was transported over water (see top photo) and installed between the pillars under the barrier on 24 September. 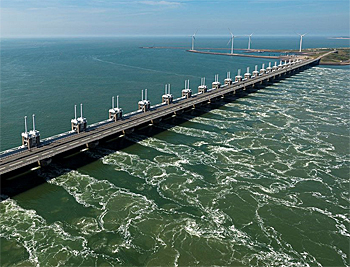 Combined functions
The Eastern Scheldt storm surge barrier is the largest of the world-renowned Delta Works series of dams and storm surge barriers, designed to protect the Netherlands from flooding from the North Sea. The location is now a combination of flood defence and hydroelectric power.

The array of five turbines has a total capacity of 1.2 MW.

Reliable energy source
"This project marks an important step in the development of tidal energy", says Tocardo CEO Hans van Breugel. "Tidal technology is innovative and could grow into a significant Dutch export product. The export expectation of tidal energy is more than 200 Gigawatt. With our turbines in the Eastern Scheldt storm surge barrier, we can now show the world what tidal energy is all about: providing a clean and reliable source of energy that could fulfil 10-20 percent of the world’s electricity needs".

According to Huisman’s CTO Joop Roodenburg the advantages of tidal energy are evident. "Besides the fact that it is extremely predictable how much energy is generated – the tide is there every day – the turbines are installed in the water and will not be in sight such as wind turbines. For the future we focus on upscaling the installations." 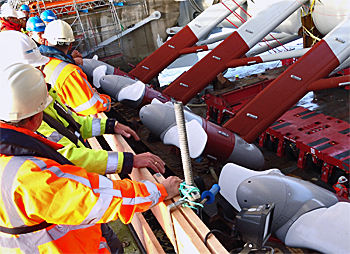