What are you looking for?
News 5 September 2017

Seventeen innovators in the Dutch water sector have made it to the final round and will pitch their ideas at the Making Waves event.

Making waves will be held on the Afsluitdijk closure dam, the Netherlands, on 7 September in the presence of former Secretary-General of the United Nations, Kofi Anan, Dutch Chief of Defence Tom Middendorp and Minister of Infrastructure and the Environment Melanie Schultz van Haegen. 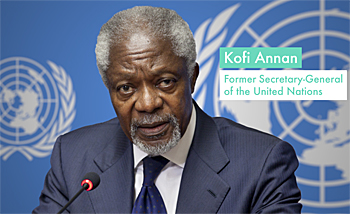 Former Secretary-General of the United Nations, Kofi Anan, will deliver a key note.

Ideas for Europe
The event has been organised by the Dutch government to give promising innovations a stage and to help the development of an idea to implementation.

Beyond a stand-alone event, Making Waves is part of a chain of events and activities serving a greater purpose such as Ideas from Europe and the Innovation Expo 2018.

The winning innovation of this final round will represent the Netherlands at the European innovation event, Ideas for Europe, that will start later this year. 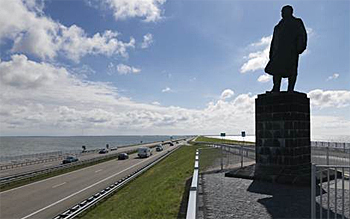 The event will take place on the Afsluitdijk closure dam

List of finalists
The innovators that made it to the final round include: 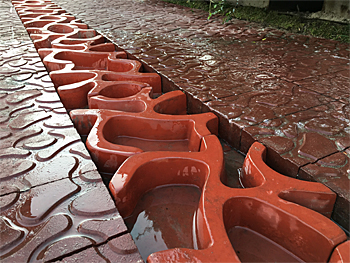 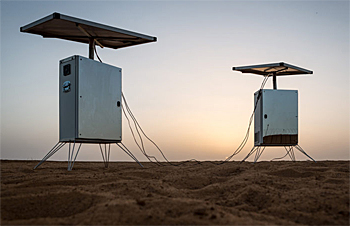 Sunglacier's installation in the desert for the recovery of water from air. 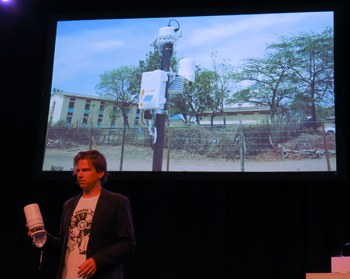 Rolf Hut of Tahmo pitches the meteo station at the prequalification round in Delft earlier this year.

● Thamo
a weather station of which 20,000 are planned to be placed in Africa
● Flood forecasting app
application on mobile phone that warns residents for floods
● EQA smart river
floating hydropower installation using the flow of the river
● Phario
technology to produce PHA bioplastic from waste water
● Geowall
concept to construct levees from dredging material
● Elemental Watermakers
desalination technology, based on reverse osmosis solutions, driven by solar, wind, wave or the grid
● Barsha pump
floating pump that uses the flow of a river to pump water to higher lying farmland