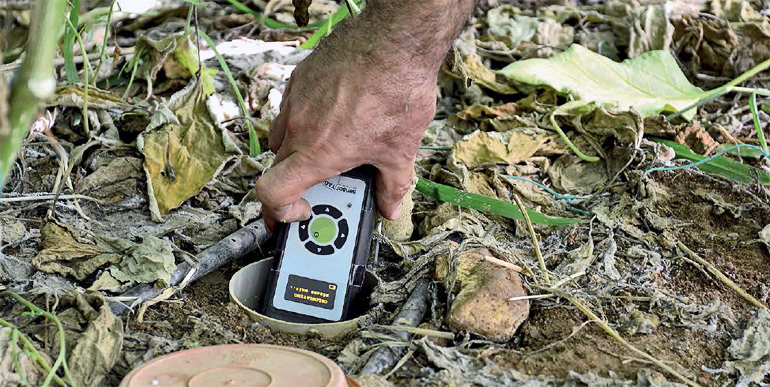 The AquaTag soil moisture sensor is developed at Wageningen University and is now brought to the market by Sensor Tag Solutions. 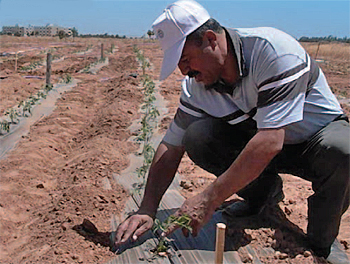 Less water, same yield, good quality
Using soil moisture sensors to control irrigation, up to 50 percent of the water used can be saved directly, and indirectly fertilizer use as well.

The international research programme Farm level optimal water management assistant for irrigation under deficit (Flow-Aid), coordinated by Wageningen University from 2006 till 2009, showed that this is possible, while still keeping the yield and quality at a good level.

Especially in (semi) arid areas horticulture can benefit. Sensors are relatively expensive, and measure only locally, while the moisture content can vary greatly within a valve section.

Simple sensor for small-scale farmers
The Aquatag is a new, patented concept of a contactless soil moisture and EC meter, originally developed for Dutch container plants.

The AquaTag is inexpensive and can be applied in large numbers to more accurately determine the average moisture content of a valve section.

In this project, Wageningen UR Greenhouse Horticulture developed an irrigation strategy for the horticulture sector in Turkey with small, soil-bound crops.

The aim was to keep the technology accessible and ultimately to make it available worldwide for growers, to whom saving water, fertilizers and energy is of major importance. 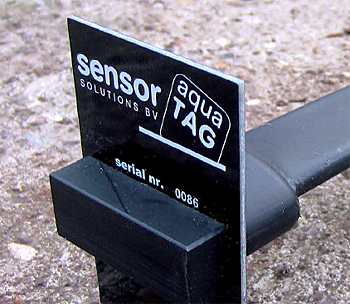 The sensor consists of two wireless parts. A sensor that is placed in the soil (above) and a hand-held reader (top photo).

Yes-no watering
Growers placed five sensors per valve section. Once per day, measurements were performed with a hand-meter.

Growers were visited once every five days to record the sensor values and water meters. Water gifts were compared with those of valve sections where the growers determined irrigation by them self without using the sensors.

No grower indicated that he had realized a lower yield or lower quality.

The Aquatag is developed by SensorTag Solutions in cooperation with the TU Delft, TNO and TU Eindhoven.

The EGE University agricultural faculty in Izmir, Turkey, performed the experiments on location at eight growers in the Orhanli village.