UN-consultation in The Hague goes for fully-fledged new global water development goal: access for all people in 2040

At the second stakeholder meeting of WHO/UNICEF Joint Monitoring Programme for Water Supply and Sanitation in The Hague from 3-5 December, an agreement was reached on a proposal for new development goals for drinking water and sanitation. The proposal focusses on a full access for all people in 2040.

The current UN millennium development goals for water aim at a reduction of the percentage of people without access by half in 2015. For access to drinking water the goal was already achieved in 2010. For access to good sanitation the goal is unlikely to be achieved by 2015.

Earlier this year the UN started preparations for a new set of development goals beyond 2015 and the World Health Organisation and UNICEF formed a taskforce to produce a proposal specific for water supply and sanitation (WASH).

The Dutch ministry of foreign affairs hosted the second stakeholder meeting that produced a first proposal for new water goals.

Proposed new global water development goals as agreed at the JMP stakeholder meeting in The Hague.

Worldwide water security by 2040
"The proposed WASH targets are amongst the first of all post-2015 UN millennium goals to be redefined to combat poverty," proudly says senior WASH-advisor Dick van Ginhoven of the Dutch ministry of foreign affairs. As hosting nation, the Netherlands had made a great effort to ensure an ambitious outcome. "We are very satisfied as the new water goals aim at access for all people by 2040”, according to Van Ginhoven.

Even bigger water goal
The stakeholders decided to be even more ambitious and asked the working group to explore the possibility to formulate an additional ‘water security’ goal for water management. "The ideas we talked about included the proposal for an increase of the water use efficiency by 50 % and the installation of river commissions on all transboundary rivers", adds Van Ginhoven. The details of this additional 'big water' goal will be discussed at the next stakeholder meeting in February in Geneva.

High level panel
The proposal for the poast-2015 WASH targets will be handed over to the UN High Level Panel to be discussed at the annual General Assembly in September 2013, together with the other new developmentsgoals to combat poverty. Van Ginhoven is confident that the proposals will be adopted: "The goals are workable and can be monitored. There may be discussion on dates but stakeholders are convinced it is time to set a final step for all people to have access to safe drinking water and sanitation." 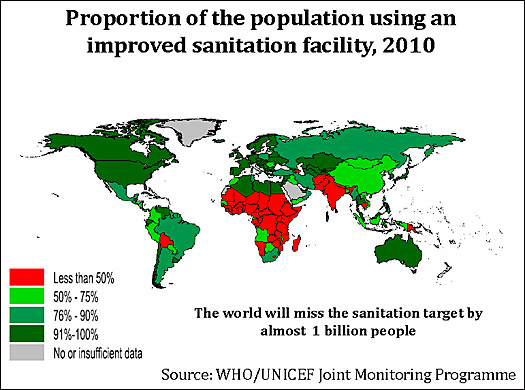 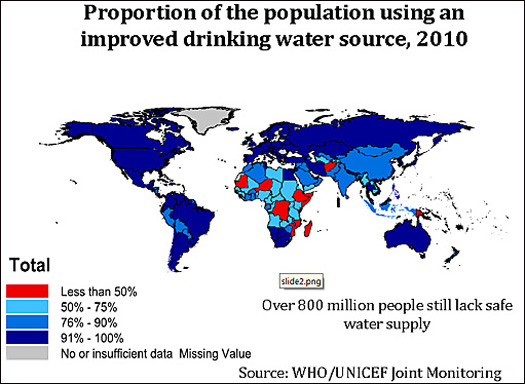 Support for fully-fledged goal
At the opening of the consultation the Dutch Prince of Orange, as chairman the Secretary-General's Advisory Board on Water and Sanitation, gave his full support: "Our Board is advocating for a full-fledged post-2015 water goal. At its heart is universal access to drinking water and sanitation. To thrive, this heart needs a sustaining support system. Good hygiene and improved water resources management are fundamental sustaining elements as are water efficiency, water quality, and wastewater management."

Seeking support on other themes
Ending the consultation was the handing over of the conclusions to the Dutch minister of Foreign Affairs Lilianne Ploumen. In her final speech she advised the water sector to utilize the many links with other themes and sectors. "Not only on the broader themes of waste water and water management, but also health, gender and education. As a co-host of the thematic consultation on water, the Netherlands will provide you with all the backing you need to generate support for the goals and targets you’ve drafted."

Read more:
- presentations during the consultation
www.wssinfo.org.
- full text of proposal as agreed in The Hague (download of pdf-file)
www.wss.info.org
- world wide public debate on all poverty themes and post-2015 goals, including water
www.worldwewant2015.org