Combating floods and droughts reduces the impacts of disasters thus enabling communities to recover more quickly. As many disasters are water-related, it makes economic sense to invest more in water infrastructure and try to prevent disasters as much as possible.

This was the main outcome of the high-level panel meeting on water and disasters that took place at the United Nations headquarters in New York on 18 November.

The meeting was set up on the eve of the COP21 climate summit in Paris to interlink experts and policy makers that are active in disasters, water management and poverty reduction.

More specifically, the meeting tried to find a joint way forward for the Sustainable development goals nr.1 on poverty, nr.6 on water and nr.11 on resilient cities & communities to be achieved by 2030. 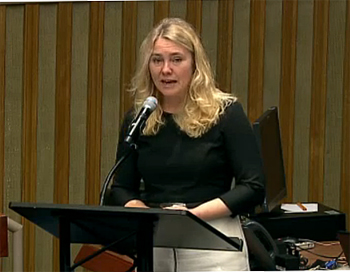 New UN structure
One of the panelists, Dutch minister Melanie Schultz van Haegen of Infrastructure and environment, addressed the flood disasters in particular.

"The global damage caused by floods alone is estimated at 120 billion dollar per year", the Dutch minister said.

"This does not even take account of the human tragedies involved. Water is a pivotal factor in putting a stop to global conflicts, and working on peace, justice and prosperity".

She urged for implementation of practical solutions, such as the projects the Netherlands proposed in the Mekong Delta Plan in Vietnam, and the Bangladesh Delta Plan 2100. 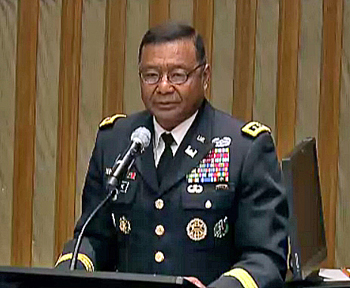 Commanding General Thomas Bosticks of USACE pointed out the indirect returns when investing in water infrastructure.

Bosticks said that he often speaks with politicians in Washington about the need to invest in the ageing infrastructure in his country. "I tell them that for every dollar invested in infrastructure there are 16 dollars of economic benefits. And five dollars are returned to the treasury".

The return on investment should be the powerful message in the water and climate dialogue, according to the general.

Indirect effects of disasters
Many panelists pointed out that the poor suffered the most from disasters. An indirect effect of disasters is the set back of the economy. This leads to less jobs and erodes gains that have been made to end poverty.

It was mentioned several times that resilience to disasters is an important enabler of many broader development goals. 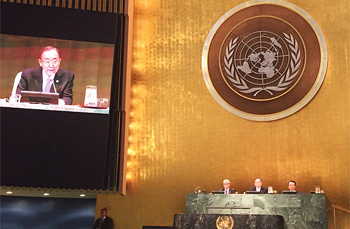 The combination of water management and disaster risk reduction can play in ensuring food security, increased access to energy, and in tackling the challenges of rapid urbanization.

The recommendations of the meeting will be delivered to relevant cross sectoral UN conferences, such as the COP21 climate summit in Paris in December, and next year the Humanitarian summit in Istanbul, Turkey, and the Habitat 3 in Quito, Ecuador.

This news item is based on publications on the websites of the Dutch government and United Nations.