Unesco kicks off year of water cooperation in Paris, next event in The Hague 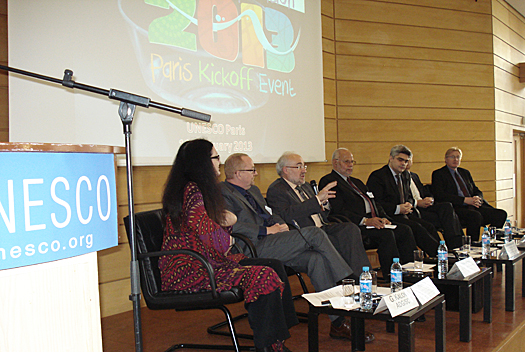 An international gathering at the headquarters of Unesco in Paris on February 11 marked the official start of the United Nations International year of water cooperation 2013.

Follow-on events will be held during the official celebration of World water day in The Hague and New York, and over the course of the year at water summits in Thailand, Tajikistan, Sweden and Hungary.

World water day in The Hague
Dutch ambassador to Unesco, Robert Zeldenrust informed the attendees at the kick off meeting that The Hague will host the next international event on water cooperation. "The official celebration of World water day will take place in The Hague on March 22. This celebration will include a number of interesting events, including a high level platform debating the post-2015 global target", said Zeldenrust. 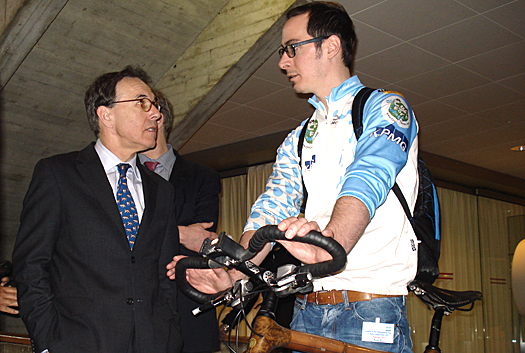 Strengthen cooperation inside and outside water community
The kick off meeting at Unesco in Paris concentrated on how the global water community could expand cooperation in general. Not only to bridge differences between specialist areas such as oceans, coasts, rivers, groundwater, drinking water, waste water, floods and droughts, but also in order to increase cooperation with other sectors such as agriculture, energy and health care in particular. Many speakers urged the water community to use this year’s theme to initiate new coalitions.

Stronger coalition with health care
Director Peter Ryan of Water and Sanitation for Africa (WSA) mentioned three specific areas which could strengthen water cooperation in Africa. "Moving forward involves making choices,” said Ryan. He also suggested focusing on healthcare: “A coalition with health is logical as many diseases are caused by polluted water. So increased cooperation between water and sanitation, waste water treatment and healthcare will quickly pay off", Ryan assured. 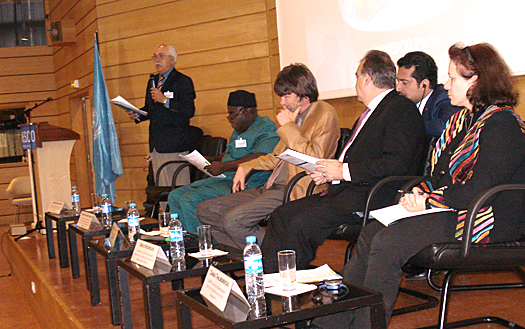 Finally Ryan referred to the changing relationship between Africa and the donating Western world. "Africa knows how to fish. The one way flow from the North to the South is finished. The new water cooperation should include Africa’s own Wash-programmes", he said.

More crop per drop
Sophie Augonie of the European Parliament pointed out that cooperation is not a luxury. "Worldwide, only 3 litres of water per person is used for our daily drinking, against 3,000 litres for the production of food. We know that food production will have go up by 70% to be able to feed everybody by 2040."

Augonie advocated stimulating the reuse of water and suggested a target. "The time of easy water is over. We have to do more with less water", she said and pushed for a specific post-2015 target for water reuse. 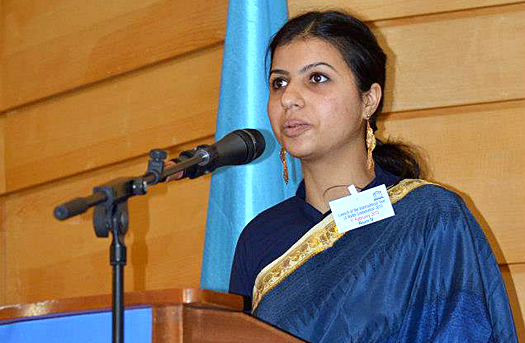 Megha Kumar from India won the slogan contest with: Water, water everywhere, only if we share.

Complex river basin management
It is not only food production that will need massively increased amounts of water, the growing demand for more energy will also claim its share. Egyptian minister for water resources Mohamed Bahaa El-Din pointed out that – in order to meet demand – energy production in his country has to increase from 25,000 MW to 70,000 MW in 2027.

"We are studying the options of increasing the use of hydropower. The Nile currently produces 6,000 MW but it has a potential to produce 20,000 MW", explained Bahaa El-Din in relation to complex water management in the Nile river basin. "The water discharge is decreasing, yet our government wishes to be self-sufficient in primary food products. This means we have to improve the water efficiency of the agricultural sector".

Water security as a condition for peace
French deputy minister for development Pascal Canfin illustrated the importance of access to clean water, by referring to the current situation in Timbuktu in Mali, which was recently recaptured by French troops. "The only water available now is polluted water from the Niger river. The only way to secure peace is to restore the supply of electricity and drinkable water", said Canfin.