Universal access to water: ‘How do we make sure no one is left behind?’ 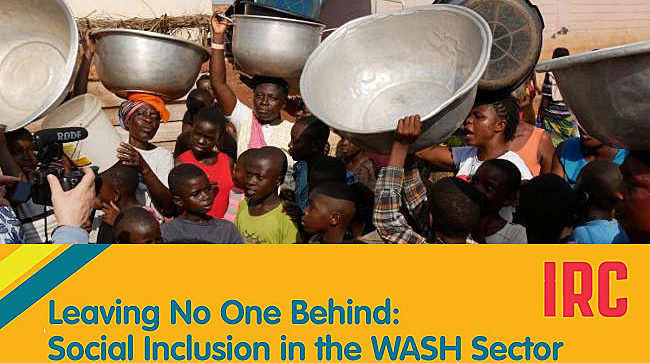 Universal access to water by 2030. The Sustainable Development Goal 6 on water is very clear. However, the task is huge.

‘Water has been acknowledged as a human right and this concept of universality and non-discrimination leaves us no room to leave anybody behind’, said Sara Ahrari of aid-organisation Simavi, speaking at a meeting on the topic in The Hague, the Netherlands on 18 April.

The meeting 'Leaving no one behind' was organised by IRC Wash to explore the framework that has to come in place to achieve this ambitious goal. 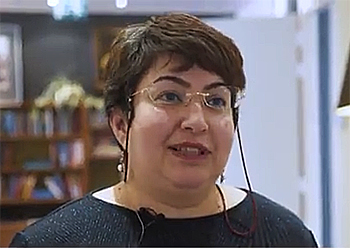 Sara Ahrari of Simavi shared her experiences in Ghana on being inclusive in the WASH sector.

Making history
‘For a person who is working in the WASH sector’, said Ahrari, ‘it is a blessing that we are working in a period that we are making history.’ As a Senior Programme Officer for Simavi in Ghana, Ahari shared her experiences working with the Wamahinso community in the Ghana district of Asutifi North.

‘District, providers, supporting NGOs and the communities are partnering to implement a WASH masterplan’, she highlighted. The plan maps the district’s unserved and identifies the dilemmas that need to be overcome to ensure that no one is left behind.

Invisible groups
Ahrari specially mentioned the importance of including 'invisible' groups, such as the disabled. She noted that the taboo surrounding disability, led to under-reporting on the exclusion of the disabled.

On the ‘ínvisible’ group of the poor, she noted ‘Their reliance on daily wages, can prevent ultra poor’s participation in decision making when it comes to attending public meetings.’ 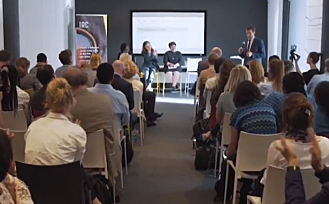 Different interpretations
Commenting on the existing legal framework of the United Nations for human right on water and sanitation, Ahrari explained that human rights can be interpreted differently.

As an example, she mentioned the Netherlands that acknowledges these rights, while in Belgium, India, Kenya, South Africa and Uruguay people can go to court to enforce them because they are included in their constitutions.

Economic or civil right
IRC Chair Robert Bos added some countries are reluctant to include the rights to water and sanitation in their constitution.

According to Bos these countries are unaware that the rights are part of the economic, social and cultural rights framework and not of the more contentious civil and political human rights framework.

This news item is based on a report on the meeting as published on the website of IRC Wash.

(on top hoto: The Wamahinso community ispressing for water after the taps went off while they were collecting. Peter McIntyre/IRC)

Some highlights of the IRC Wash debate ‘Leaving no one behind’ that took place in The Hague on 18 April.