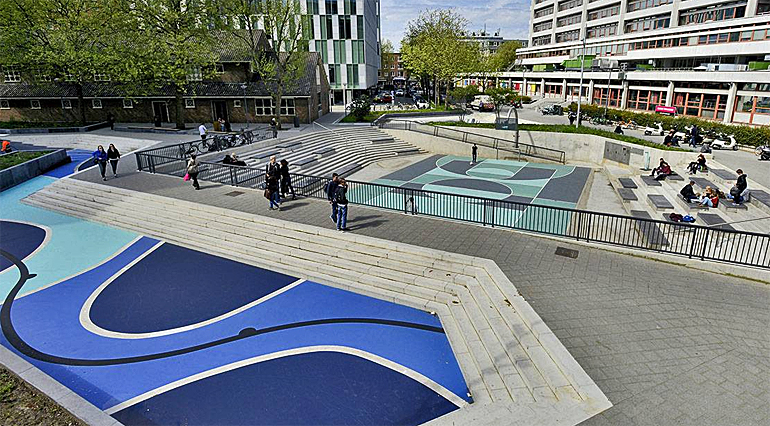 Two Dutch landscape architecture firms have been awarded with the Philippe Rotthier Prize 2017 for their designs of structures closely linked to urban water.

The 2017-edition called for designs of structures related to urban water.

2017 edition on water
Founded by the Belgian architect Phillipe Rotthier in 1982, the prize rewards works of collective and cultural value with regional roots and using natural and sustainable materials that draw on the genius of the European town and a dialogue with the past and with history.

The 2017 edition of the prize is a reward for architecture, urban projects and developments closely linked to water and its uses, in six categories.

Water and the town
The Urbanisten designed a water square in Rotterdam as three basins that normally function as recreational space for the neighbourhood.

In case of long or heavy rains, two undeep basins start to collect rain water first. A third, deeper, basin receives water only when it consistently keeps raining. Here the water is collected from the larger area around the square.

Rainwater is transported via large stainless steel gutters into the basins. The gutters are special features, they are oversized steel elements fit for skaters.

Two other special features bring storm water on to the square: a water wall and a rain well. Both dramatically gush the rain water visibly onto the square.

The buffered rain water gradually seeps back into ground water. This relieves the storm water drainage system and prevents a mix of the relatively clean rain water with the black sewage water.

Water and memory
The Bunker 599, designed by RAAAF, is a monument that is part of the New Dutch Waterline, a military defence line originally designed to hold back enemy armies by inundation of large part of the country. The defence line included over 45 fortress, many levees and some 700 bunkers.

The Bunker 599 has been sliced open and shows the interior. In a radical way this intervention sheds new light on the Dutch cultural heritage of its military history. In addition, a long wooden boardwalk cuts through the extremely heavy construction. It leads visitors to a flooded area and to the footpaths of the adjacent natural reserve. This makes people to look at the surroundings in a new way.

The prize-giving ceremony will take place in Brussels on 14 October, followed by the inauguration of the exhibition of the prizewinning and mentioned works. 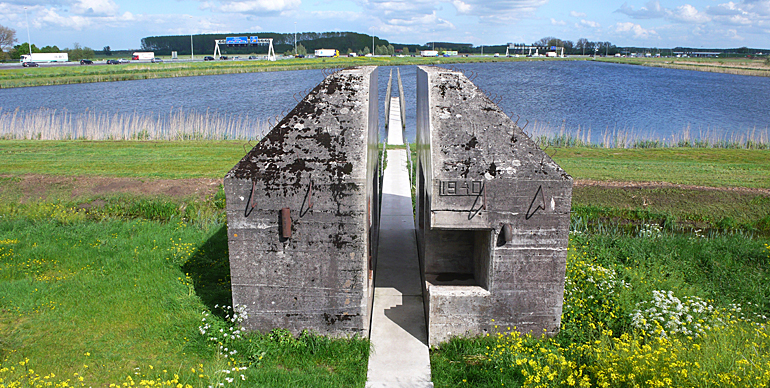