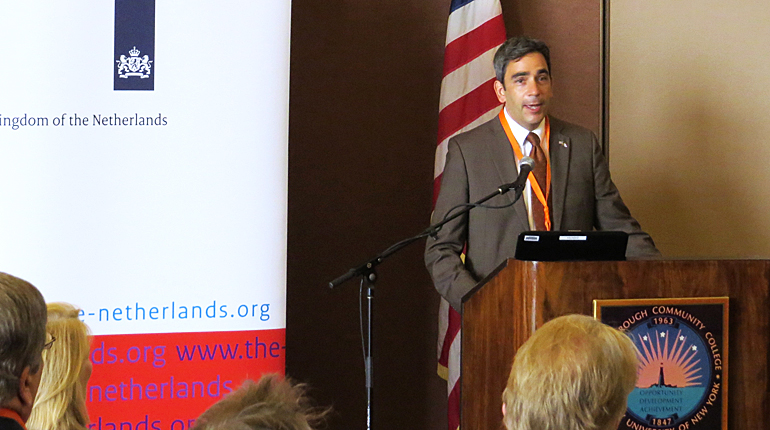 American and Dutch experts on water management came together at Kingsborough Community College for the Post-Sandy recovery Roundtable II on 11 and 12 July.

Close to 100 experts discussed and shared ideas to help The Rockaways recover from Sandy and help prepare the coasts for water challenges in the future. 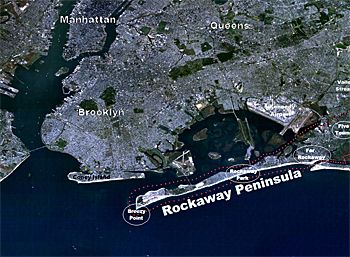 During site visits the experts had a chance to see the affected areas first-hand, which sparked initial discussions with regards to dune protection, coastal vulnerability and overall water management challenges in densely-populated areas.

Seeing the damaged coasts and speaking with the local authorities helped to build the foundation for the workshops that followed later in the afternoon.

In three separate groups the participants discussed issues and themes in the field of flood protection, coastal management and urban water management. 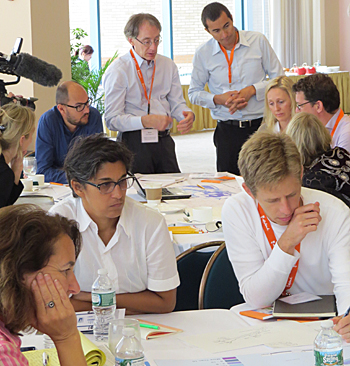 Carter Craft, the moderator, opened the second day of Roundtable II on Friday. The workshop groups reunited to finalize their reports and present their findings during a plenary feedback session.

Innovative, creative and useful ideas were presented, which included an elevated and widened boardwalk, multifunctional infrastructure / protection solutions and different combinations of wetland protection through wetlands and hard infrastructure.

The strength and success of the workshop was its multidisciplinary character combined with input by the local people who live and work around the Rockaways and know the area better than anybody else.

Discussion to continu at H2O9 conference
On September 9, the discussion will continue during the H2O9 Forum Water Conference on adaption to climate change for delta regions in the decades to come.

This forum will take place in New York on 9 and 10 September.

This news item was originally published on the website of the The Netherlands Consulate General in New York.