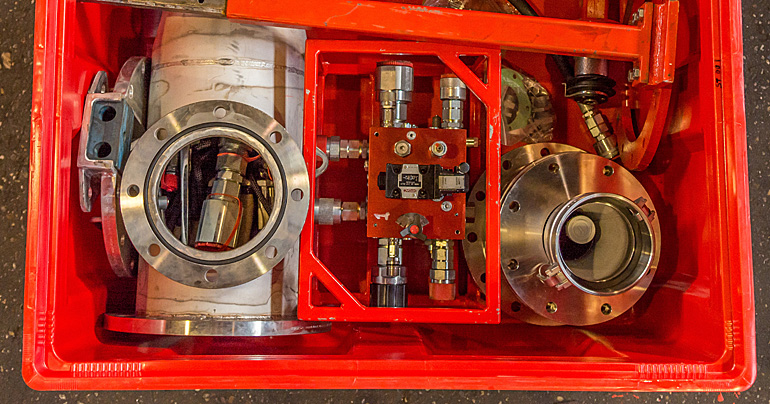 Each Sea Trophy kit consists of a complete set of tools and accessories, including the hydraulically driven Sea Trophy pump, capable of pumping oil with a flow of 70 m3/h.

A number of such emergency response kits have been mobilised to strategic locations over the globe. 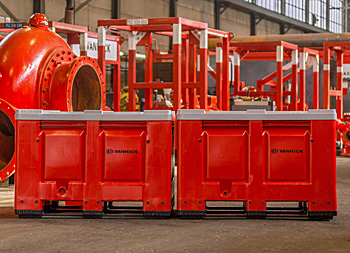 The Sea Trophy emergency response kit as distributed over the globe.

... and the Sea Trophy oil pump as developed by Van Heck.

Impact of oil spill
The economic aftermath of an oil spill at sea, or in a harbour, as a result of loss of time, capital damages and even the loss of the oil itself are often immeasurable.

These damages however do not weight up to the ecological damage caused above and under water. Local economies, fishing and tourism all suffer when the unthinkable occurs.

Van Heck is the first to develop a complete mobile pump system that enables the controlled, contained, fast (fuel-) oil recovery after incorrect or off-spec fuelling and in the event of grounding or calamity at sea.

The Sea Trophy emergency response kit are suitable for fast oil recovery (FOR) systems on board vessels as well as with the standalone Milk Can solution, making tank access through holes as small as 200 mm diameter possible.

Globally distributed
Besides in the Netherlands, the emergency response kits will be available from bases in Miami, USA and Singapore. By distributing the kits globally, they can be on site very quickly.

Every station has its own logistic services and can facilitate the mobilisation and operation of the Sea Trophy kit adequately.