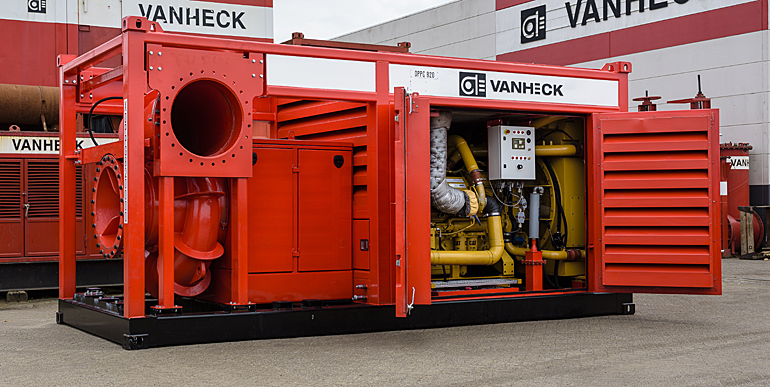 After a complex development process, Van Heck’s engineers succeeded in building a mobile pump set with a flow rate of almost 10,000 m3 per hour. This HK800 pump can drain an Olympic swimming pool within 15 minutes.

The first HK800 has already been rented for a dredging project in Egypt.

The company draw national attention in the UK in 2014 when it brought in 20 large pumps to drain the flooded Somerset Levels. In the media the HK700 pumps became known as the ‘Dunball giants’.

With its HK800, Van Heck can now deploy an even bigger pump. 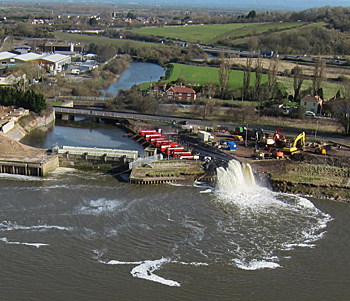 Van Heck's eight HK700 pumps that were deployed to the UK in 2014 to drain the flooded Somerset Levels.

The challenge for Van Heck was to increase the capacity but maintain the same footprint. The design required for the pump to be built on 20ft container size.

The HK800 is extremely suitable for dredging projects and calamities. If desired, this pump set can be supplied with sound reduction.

More pumping capacity
Van Heck has planned to acquire more HK800 pumps. It enables the company to increase the pumping capacity on a project, without increasing the number of pumps that are needed.

This news item was originally published on the website of Van Heck Group.