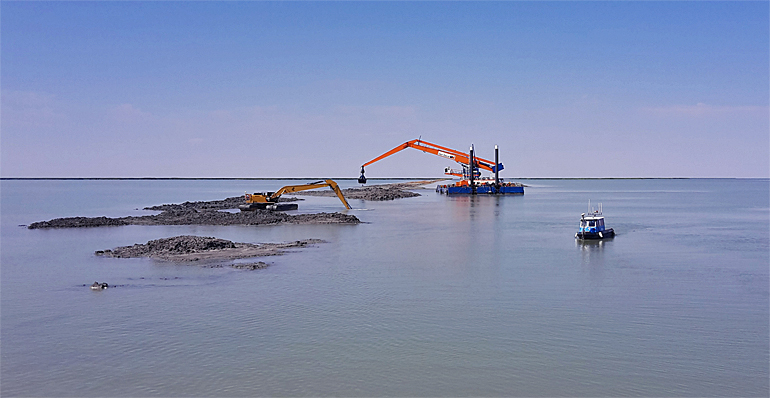 Dredging company Van Oord executes several contracts in the Caspian Sea region with a total value of more than 500 million US dollar.

During the visit of Dutch Prime Minister Mark Rutte to Kazakhstan on 2 December 2015 Van Oord announced the award of several contracts in the Caspian Sea. 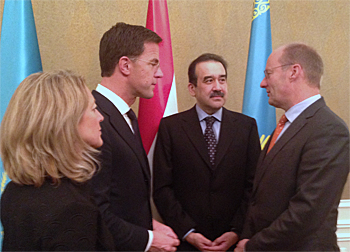 Dredging access channel
The first project comprises the dredging of a 68-kilometre-long access channel to a new cargo offloading facility to be operated by TenizService. Four cutter suction dredgers are removing a total of some 17 million cubic metres of soil in shallow water.

The project will enable the expansion of the Prorva port to help facilitate the growth of Kazakhstan’s oil and gas industry.

Installation of pipelines
In the second project Van Oord is performing the preparatory work for the installation of two pipelines in the same region. This project involves excavating and backfilling two 8 km long trenches.

Furthermore, Van Oord is dredging an access channel and the seabed will be levelled.

Economic growth
Van Oord is proud to be playing a significant role in helping expand Kazakhstan’s economic growth opportunities. "With these projects Van Oord contributes to the further economic development of the Caspian Sea region", says Paul Verheul, COO and member of the executive board.