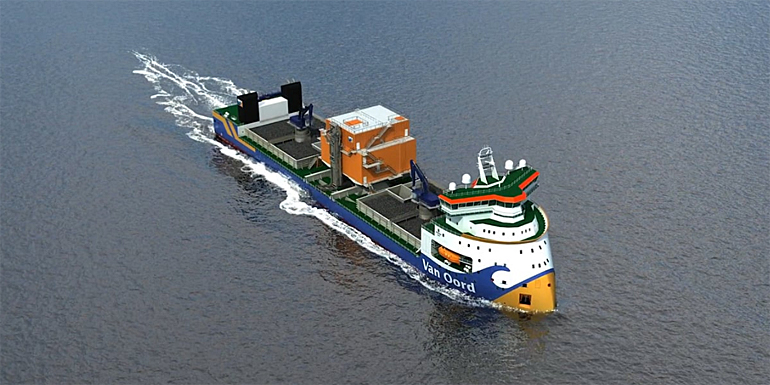 Swiss project developer Nord Stream 2 has signed a Letter of Intent with the Dutch joint venture Boskalis-Van Oord to provide rock placement services as part of the construction of the planned twin 1,200 kilometre Nord Stream 2 natural gas pipelines through the Baltic Sea.

Contract details are expected to be finalised in the next few weeks. Based on the current scope, the contract amount is expected to be approximately 250 million euros. 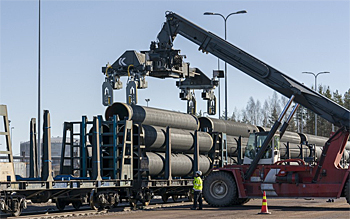 Over 35,000 pipes are already waiting to be concrete weight coated in Finland and to be layed across the Baltic Sea.

Specialized fallpipe vessels
The award was made by the project developer Nord Stream 2 AG and is a part of the construction of the planned twin 1,200 kilometer gas pipelines running through the Baltic Sea, connecting Russia to Europe.

Rock is needed to be placed before and after construction for pipeline's support at precisely located places along the pipeline route where the seabed is uneven.

The project will be executed in a 50/50 partnership and multiple specialised fallpipe vessels will be deployed in the period 2018-2019.

Van Oord is expected to deploy its brand new Bravenes that was launched in China in December 2016. The vessels (on top photo) features the latest innovations and features the distinct X-BOW hull line.

Van Oord installed the pipeline landfalls near Vyborg in Russia for the first Nord Stream project in 2010. 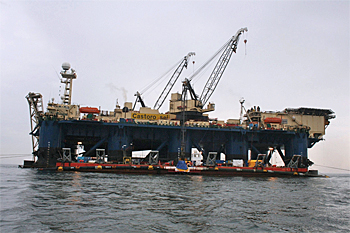 Russian gas to EU
Nord Stream is an offshore natural gas pipeline through the Baltic Sea that runs from Vyborg, near St. Petersburg (Russia) to Greifswald, near Rostock (Germany). The 1,222 km long gas pipeline is owned and operated by Nord Stream AG. Construction started in May 2011 and it was in October 2012.

To be able to deliver more natural gas from the Russian gas fields to EU gas transmission system, Nord Stream has plans for a second pipeline.

This news item was originally published on the website of Van Oord and Nord Stream 2.