What are you looking for?
News 5 September 2016

The project started in 2014 with the reclamation of 65 million cubic metres of sand, raising the natural ground level by 7 meters. 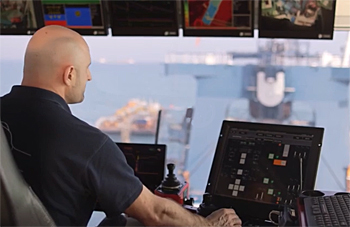 To prepare the soil for building the refinery Van Oord has now also completed the compacting.

Dynamic compaction and high-energy impact compaction increased the density of the soil and stabilized the ground layers.

Upon completion the Al-Zour Refinery will produce 615,000 barrels per day and has a strategic goal of supplying low-sulphur fuel. It will be one of the largest oil refining plants in the Middle East.

Original salt plain
The refinery will be constructed on the reclaimed land in a ‘sabkha area’, a salt plain near the coast, 30 kilometres north of the Saudi border.

The reclamation project, executed by Van Oord, was the first phase of KNPC’s investment programme for this new refinery.

Van Oord continues to work for KNPC in Kuwait. The project also comprises land reclamation for the construction of a port and the first phase of a LNG import facility.

Impression of the land reclamation and soil compacting for the Kuwait National Petroleum Company, Kuwait.