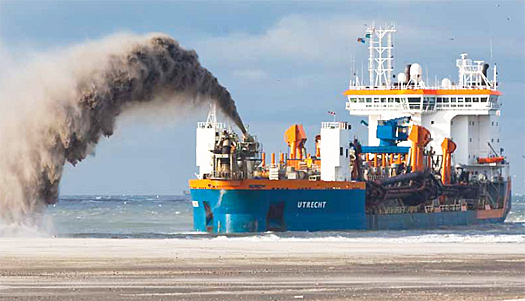 Meraas Development LLC has again contracted Van Oord to build an island in the emirate of Dubai. Jumana Island will lie 500 metres off the coast and will be used for urban development. A bridge will connect the island to the coast.

The contract is worth approximately 100 million euro. Work on the project has started and completion is scheduled for the end of 2013.

A total of more than 8 million cubic metres of sand needs to be dredged and deposited and some 3 million tons of stone will be placed. Van Oord deploys 3 trailing suction hopper dredgers and a cutter suction dredger, as well as a variety of equipment for placing the stone. 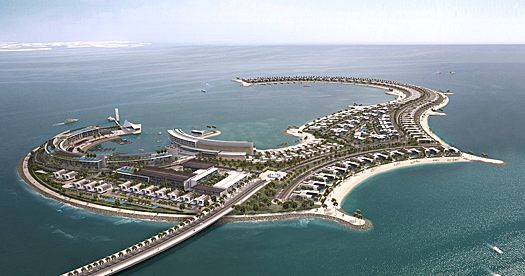 Projects such as the construction of the islands Palm Jumeirah, The World and Palm Deira, the harbour development in Mina Zeyahi, the land reclamation for Dubai Maritime City and the reclamation of various beaches were realised by Van Oord.

About Van Oord
Van Oord is a leading international contractor specialising in dredging, marine engineering and offshore projects (oil, gas and wind). The company’s expertise ranges from design to execution and it has been involved in projects as the port of Rotterdam’s Maasvlakte 2 expansion, trench dredging and backfilling in northern Russia, and the construction of several offshore wind farms in the North Sea.

Van Oord is an independent family business and employs about 5,000 professionals worldwide. Its modern fleet consists of more than a hundred vessels and other specialised equipment.

This news item was originally published on the websitre of Van Oord.