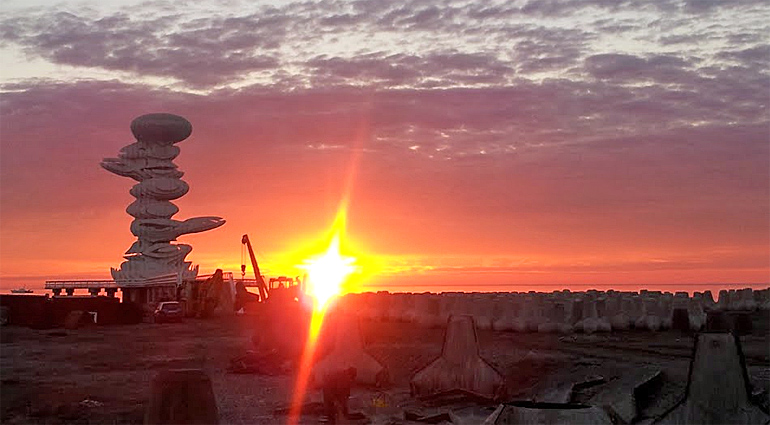 The contracting ceremony followed the signing of an agreement by the government of Georgia that grants the Anaklia Development Consortium (ADC) the exclusive right to construct, develop and operate the 2.5 billion USD dollar deep sea port and industrial zone concession for 52 years.

The port construction will be constructed in nine phases, with 586 million US dollar already allocated by the consortium for the first phase.

The Anaklia Deep Sea Port is expected to be operational by 2020. 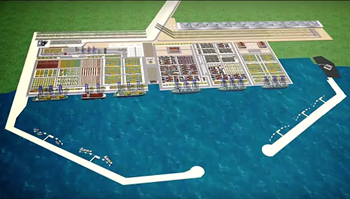 Impression of the entirely new port that will be constructed in five phases.

Experienced partners
"Today’s agreement signifies a major commitment by the government of Georgia, who have been instrumental supporters of the Anaklia deep sea port from day one,” said Mamuka Khazaradze, co-founder of the Anaklia Development Consortium.

According to Khazaradze the government’s investment proves their confidence in the project. "And with experienced partners like Van Oord also on board, we are confident of bringing the project to a very successful completion." 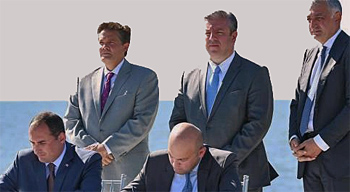 Signing of the agreement on the location of the future port.


Silk road to China
The development of the Anaklia deep sea port is to give a major boost to Georgia's trading capacity, and the primary hinterland countries of Armenia and Azerbaijan.

The new port will be well positioned to facilitate trade along the Silk Road, which should increase trade between Europe and the Western part of China.

First phase
Anaklia deep sea port will be constructed on about 400 hectares of land. The depth and infrastructure of the port will provide accessibility to Panamax and Post-Panamax sixed ships that cannot be served by any other port in Georgia.

This news item is based on originally publications on the websites of Anaklia Development Consortium and Maritime & Transport Business Solutions (MTBS).