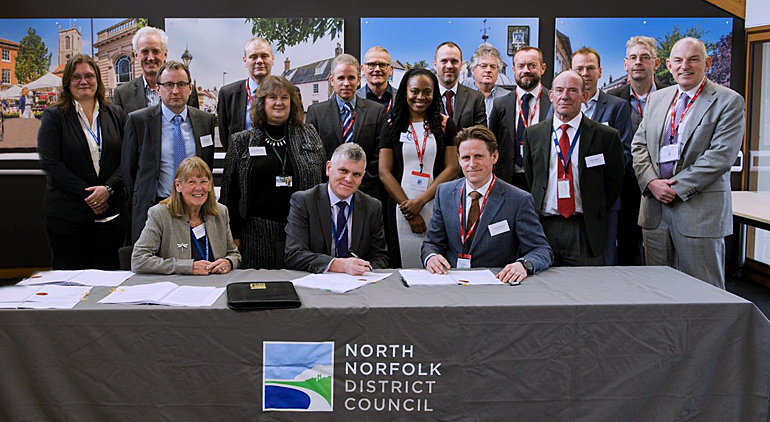 Sandscaping is a new cost effective way of beach nourishment by depositing a large amount of sand in a single operation. Waves, currents and wind will gradually spread the sand along the shore and nourish the beaches over a long distance.

The project is awarded by North Norfolk District Council and execution will start in April this year. 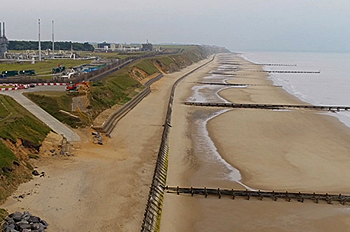 The scheme was designed by Dutch consultancy firm Royal Haskoning DHV, who will remain involved for the design support and construction management. 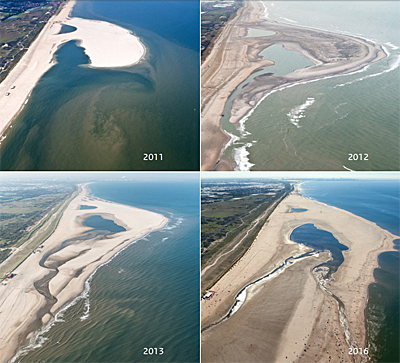 The concept of sandscaping as applied along the Dutch coast in 2011. Waves and currents are still dispersing the sand along the coast. (photos: RWS)

Modern engineering
Councillor Sarah Bütikofer, Leader of North Norfolk District Council: "I am delighted we have got to this stage in this crucial project, which will help to provide additional protection to nationally important infrastructure and local villages, using the latest in modern technology and engineering."

The project will create significantly bigger beaches, improved beach access and increase protection from the sea for the gas terminal and the villages of Bacton and Walcott.

Van Oord will be deploying a large trailing suction hopper dredger and a backhoe dredger.

The project milestones include the decommissioning of existing outfalls and installing a new outfall.

This news item was originally published on the websites of Van Oord and North Norfolk District Council.

View on the Bacton-Walcott coastline before and after (impression) the sandscaping.