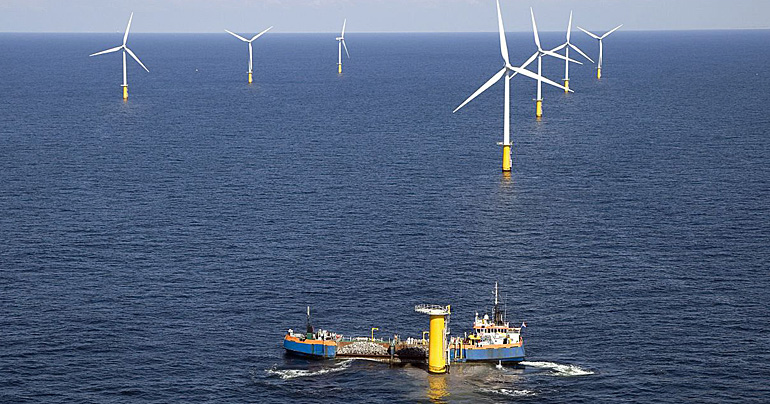 Van Oord signed an engineering, procurement and construction (EPC) contract for the Gemini wind farm project, offshore from the Dutch coast near the island of Schiermonnikoog. The contract value amounts to more than 1.3 billion euro.

The shareholders, headed by Canada’s Northland Power Inc., announced that they have reached agreement with the banks on the project’s financing. The financial close will contribute 2.3 billion euro to the overall construction costs of 2.8 billion euro.

Van Oord has a 10% equity stake in the Gemini project. The other shareholders are Northland Power Inc. (60%), Siemens Project Ventures (20%) and HVC (10%). The shareholders will contribute equity amounting to a total of EUR 400 million euro. 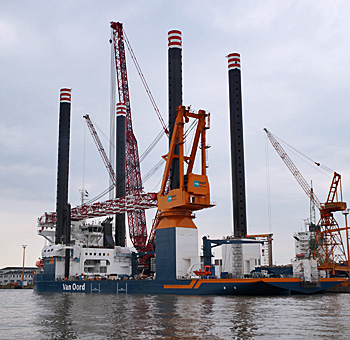 Project preparations for the execution have already commenced. Construction is about to start and be completed early 2017.

Van Oord will deploy several offshore installation vessels including Van Oord’s newly built jack up vessel Aeolus as well as the cable-laying vessel Nexus, which is currently under construction. Nexus will be delivered late 2014.

150 wind turbines
The Gemini wind project will be situated 55 km north of the Dutch island of Schiermonnikoog and thus will not be visible from shore. The project will consist of 150 4 MW Siemens wind turbines which will supply a total of 600 MW of renewable energy to 785,000 households.

Dutch targets for sustainable energy
"The Gemini project represents an important step towards achieving the targets set out in the Dutch Energy Transition Agreement", says CEO Pieter van Oord. In this agreement the Dutch government, several organisations and the private sector have committed themselves to increasing the share of sustainable (renewable) energy from 4 percent in 2014 to 16 percent in 2023.

Construction of the Gemini wind farm.