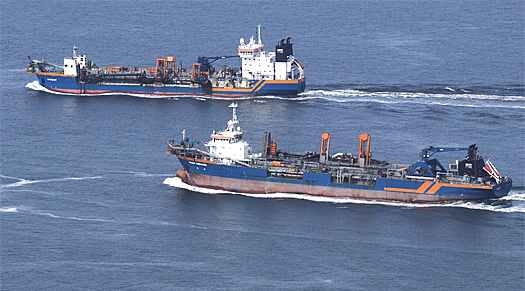 Dredging company Van Oord has been awarded the sand supply contract for the reclamation of a polder island for the Kapuk Nagah Indah Project.

The project is scheduled for completion in the first quarter of 2014.

Formation of a polder island
The project involves the dredging of 20 million m3 of sand from a borrow area at sea and delivering it for the formation of a polder island. A sea defence will protect the island. In order to reach the island a channel will also need to be dredged. Van Oord will deploy two large trailing suction hopper dredgers and a seabed levelling device.

New islands off coast Jakarta
Jakarta capital city government plans to conduct reclamation on a numer of areas in the northern coast (pantura), which will be developed into residential and commercial centers. Two areas are a 700-hectare land in Ancol and another 1,000-hectare land in Kapuk Naga Indah, which is the border between Teluk Naga of Jakarta and Tangerang.

This press release was originally published on the website of Van Oord.