Dredging company Van Oord has been awarded a DPC Innovation Award for its innovative and sustainable approach to a land reclamation project in the Maldives. 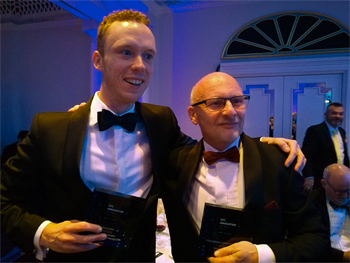 The Dredging and Port Construction magazine (DPC) Innovation Awards programme consisted of 15 categories with the most innovative and forward-thinking projects and people in the dredging and port industry.

The award winning ceremony was held in London, UK on 29 November.

Less congestion
In the category ‘Innovation in Project Design - Open Water/ Coastal Dredging’ the jury selected Van Oord as winner for its sustainable land reclamation projects in the Maldives.

Van Oord enlarged three islands to make room for the fast-growing population, especially at the capital Male (on top photo).

The reclamation works have proven to be very valuable to the government of the Maldives as it continues to develop the nation and alleviate the congestion in the capital Male (on top photo). 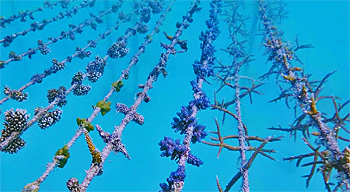 Van Oord collected many species of coral reef, let them grow on a rope, and relocated them at a suitable location.

Relocation of coral species
The jury praised the totally rounded project with its large number of challenges - reclaiming land in the Maldives by enlarging a number of islands, protecting them with rock revetments and making much-needed development possible.

A specially mention was made of the involvement of the local stakeholders, including the resorts and the local NGO. Especially on the issue of protecting the coral reefs.

Van Oord, together with Save the Beach relocation of coral species, shifting them away from the reclamation areas and preserving them in a suitable area.

Roderik Hoekstra, coastal expert at Deltares has won the Rising Star Award for his dedication and broad activities in coastal and offshore engineering, such as his role in the (Young) Ceda and his activities for the Delft University of Technology and IHE Delft.

The CEDA Lifetime Achievement Award went to Gerard van Raalte of GRA Consultancy. Van Raalte has not only held a number of key industry positions, but has also contributed to CEDA, WODA, PIANC and IADC at the highest level for more than 30 years.

This news item is based on publications on the websites of DPC Innovation Awards 2017, Deltares and Van Oord.

A report on Van Oord's Maldives land reclamation projects and the notable procedure to relocation of coral species.